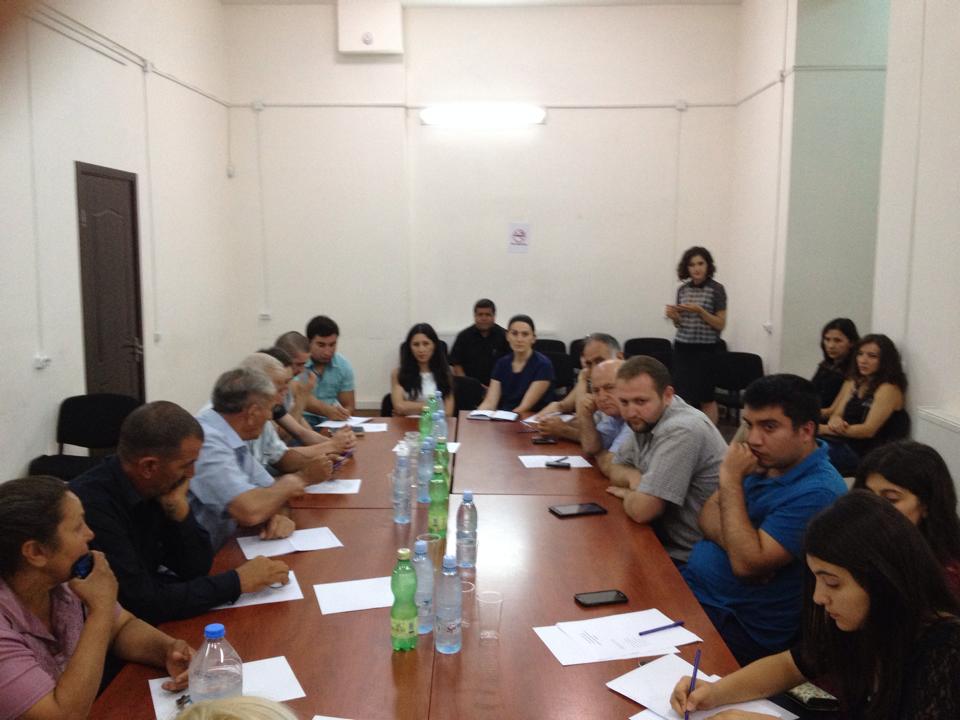 During two years of its activity, as a think-tank organization, closely cooperated with Council of State Support to Non-Governmental Organizations under the President of the Republic of Azerbaijan. Thus, in 2014, the project on “Legal support to the vulnerable groups of population (women, children, and persons with disabilities)” had been implemented with financial assistance of the Council. The main direction of the project was provision of free legal service to the people from weak strata of population.

In June, within the “Youth in Action” program of the European Union LAR together with its Swedish partners held an event for the law students at the Viksjöfors (Sweden). Young people representing various countries participated at the event. With organization of LAR the group representing Azerbaijan was selected from the students of the Khazar University. Head of the project Helena Ehrstand and the chief organizer Matilda Norling Person stated that they were very much satisfied with Azerbaijani representatives. Helena Ehrstand said: “I manage this project already for several years, however, no representatives of any country demonstrated such great skills as representatives of Azerbaijan did. This is a great innovation for us. I hope that our cooperation will continue.”

On July 21 of the current year, the Legal Analysis and Research Public Union (LAR) together with Georgian Democracy and Civil Integration Center and with assistance of the British Embassy organized the round table at the Marneuli region of Georgia. During the Round Table, the discussions had been conducted on the rights of Azerbaijanis living in Georgia to use the state language and the native language and the present situation in this sphere. Representatives of the Georgian People’s Defenders foundation, about 20 NGOs and community organizations participated at the event.

The legal experts of our think-tank conducted legal researches to such entities like the Global Legal Project of the School of Law at the University of New York, European Union and UNICEF. The members of the think-tank periodically publish their analytically and enlightening articles and essays in the local and international press, internet information portals (Femida.az and Hugug.tv). The members of the organization regularly participate at the international events of legal practitioners and research fellows in the foreign countries as well as at the international and national events conducted by the state bodies in Azerbaijan.

LAR with its activity will continue contributing to development and popularization of the legal reforms conducted in Azerbaijan.