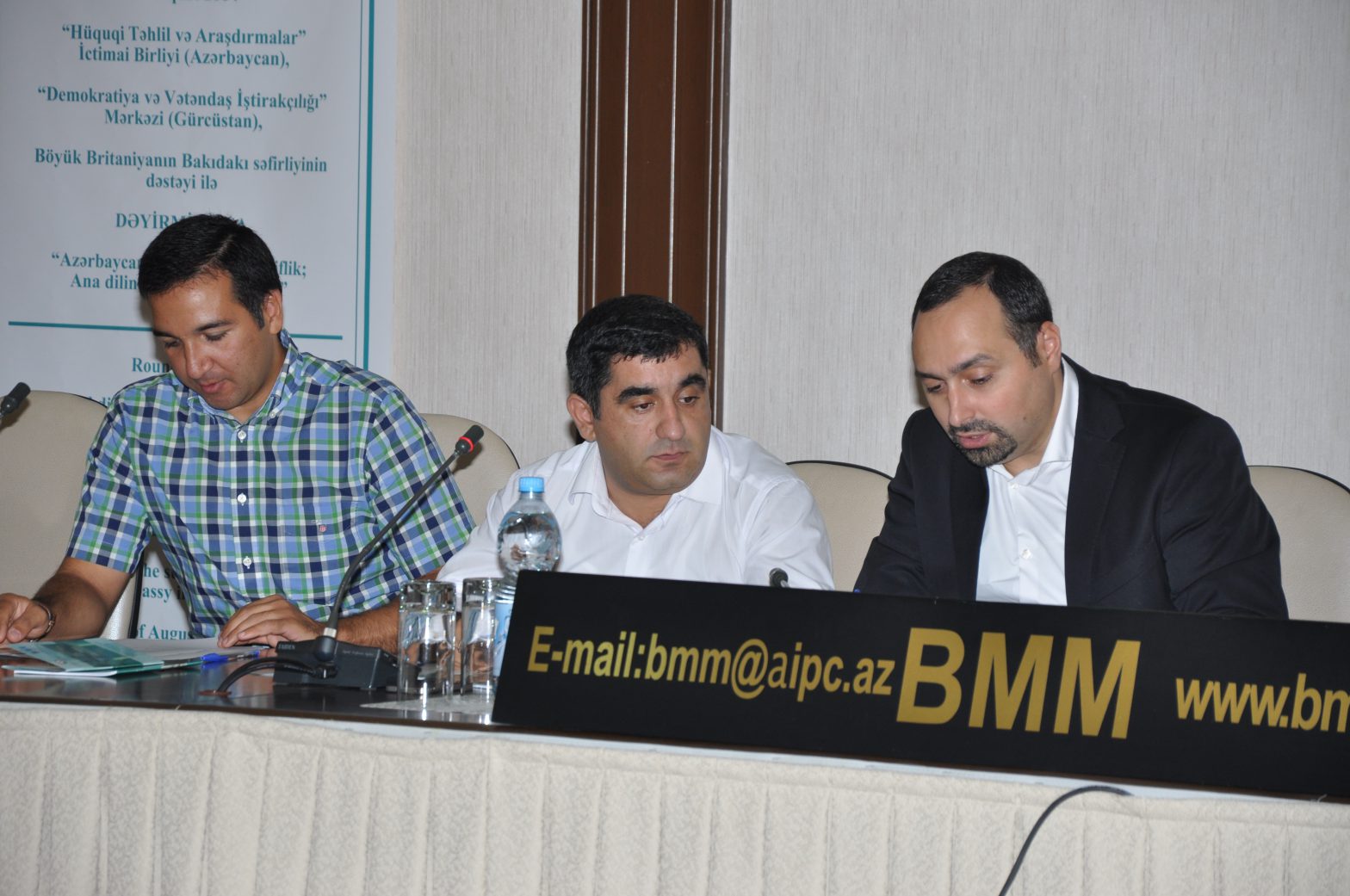 On August 29, the round table on “Cultural diversity in Azerbaijan: Right to use native language.” had been held at the International Press Center in Baku. About 30 NGO representatives and the experts from the government and civil society organizations participated at the event jointly held by the “Legal Analysis and Research” Public Union and Georgian Democracy and Civil Integration Center with financial assistance of the British Embassy.

Chairman of the “Legal Analysis and Research” Public Union Ramil Iskandarli, executive director Elmari Mamishov, representative of the British Embassy Adrian Li, representative of the State Committee on Family, Woman and Child Issues Rafiq Mahmudov, chairperson of the Georgian Democracy and Civil Integration Center Rimma Gelenava and a range of NGO representatives had speeches at the event.

Importance of the project had been stated in the speeches. In was also emphasized that the legislative framework is created by the state for use of native languages by the national minorities in Azerbaijan. Thus, according to the article 44 of the Constitution “Everyone has the right to keep his/her nationality. Nobody may be forced to change his/her nationality”. According to the Law on “Culture”, The State guarantees development and preservation of the national culture of the people of Azerbaijan as well as the cultural identity of all the national minorities living on the territory of he Azerbaijan Republic. According to the laws on “Education” and “The State Language”, the education may be provided in various languages of the national minorities.
At the second part of the event, the situation with use of the native language and the state language of Azerbaijanis living in Georgia and Georgians living in Azerbaijan had been discussed.

Then, the concrete recommendations had been given regarding development of legislative provisions on the rights of national minorities, as well as future activities that may be conducted within the project.