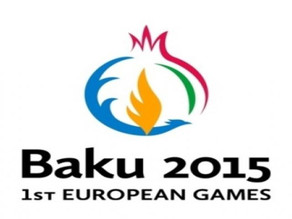 Baku. 29 May. REPORT.AZ/ In one of the commercials about the tourism opportunities of Azerbaijan broadcasted on global TV channels, Azerbaijan was referred as ‘European charm of the orient’. In fact, this expression reflects the country’s geographic location, course of development and the existing situation, it is laconic and, the most important, it is true, Analytic Group of the Legal Analysis and Research Public Union сonsider, Report informs.

The inaugural European Games are coming up. Azerbaijan that completed the preparations on a high level just in two years and a half, had decently fulfilled all its obligations as the organizer. Within a short period of time, the sports infrastructure of the country had been improved and adapted to the most modern standards, new sports facilities and complexes had been established, the issues related to accommodation of the sportsmen and guests who will travel to Azerbaijan, security, transportation, equipment and other issues had been successfully arranged. I European Games will once again introduce Azerbaijan to the world and have positive effect on development of tourism in the country.

However, we can see that not all wish development of Azerbaijan. Not only Armenians who occupied 20 percent of the territory of Azerbaijan, but also the Armenian lobby and fanatics in USA and Europe, the forces unwilling to accept development of Azerbaijan conduct anti-Azerbaijan activity with the same scenario as it happened in the eve of the “Eurovision” song contest. This network clearly demonstrated its deliberately negative attitude towards Azerbaijan through its work in an organized manner. The anti-Azerbaijan campaign openly reveals in the social networks, at the statements of some international NGOs as well as in the US and European press, and information portals and on other platforms.

As an example of the anti-Azerbaijan campaign we can mention attempts of negative presentation of Azerbaijan in hearings in Washington and this year in January, in the European Parliament in May.

However, the accusations stated in all these hearings are absurd and do not present the reality. For example, they say that it is prohibited for the foreign journalist to visit Azerbaijan. However, it is known that Azerbaijan is ready to accept more than 1500 journalists for covering the European Games and even the visa procedures had been simplified for all the foreign guests. The easy, speedy, and quality electronic visa system had been applied. For this it is enough to visit the official webpage of MIA.

In general, we think that using any mass sports event for the political purposes, as a mechanism of putting pressure on the countries and formation of the negative public opinion is inacceptable.

By hosting the inaugural European Games, Azerbaijan by means of this prestigious sports event makes a major contribution to peace, sustainable development, reciprocal understanding, inter-cultural and inter-religious dialogue and elimination of discrimination as it is stated in the Olympic Charter and the UN General Assembly resolutions.

However, in response to all the groundless charges, we are sure that the European Games will be organized on a high level and everybody will witness that Azerbaijan is also a tolerant, hospitable country committed to the universal values, is a country where multicultural values are protected and it is really European charm of the Orient.