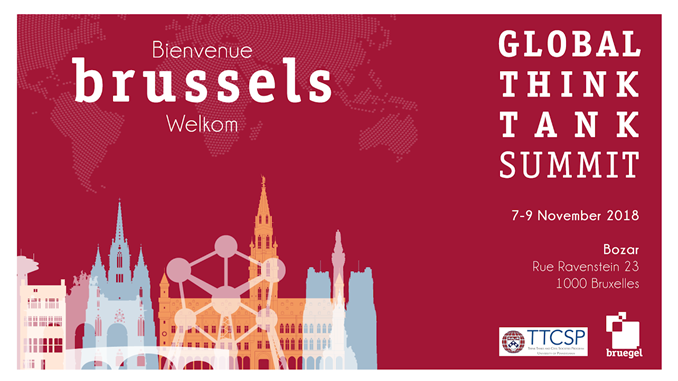 On 7-9 November 2018 Bruegel and and the Think Tanks and Civil Societies Program (TTCSP) of the University of Pennsylvania will hold the Global Think Tank Summit 2018 in Brussels. The event will gather a hundred executives from the most influential Think Tanks around the world and feature panels on topics of global importance.

Following the keynote speech by European Commissioner Cecilia Malmström and Assistant Secretary General of NATO, Ambassador Tacam Ildem a panels will discuss the issues of globalisation, rise of economic nationalism, global implication of the rise in mass migration and global competition.

Panel discussion on New Faces and New Ideas at Think Tanks will be conducted. Can think tanks play a role in measuring the impacts of globalisation on societies and make relevant policy recommendations to both national policy makers and multilateral institutions? This Summit with think tanks leaders and experts will explore these questions.

Legal Analysis and Research Public Union is invited to the Summit and will be represented by its Chairman of Board, Ramil Iskandarli.