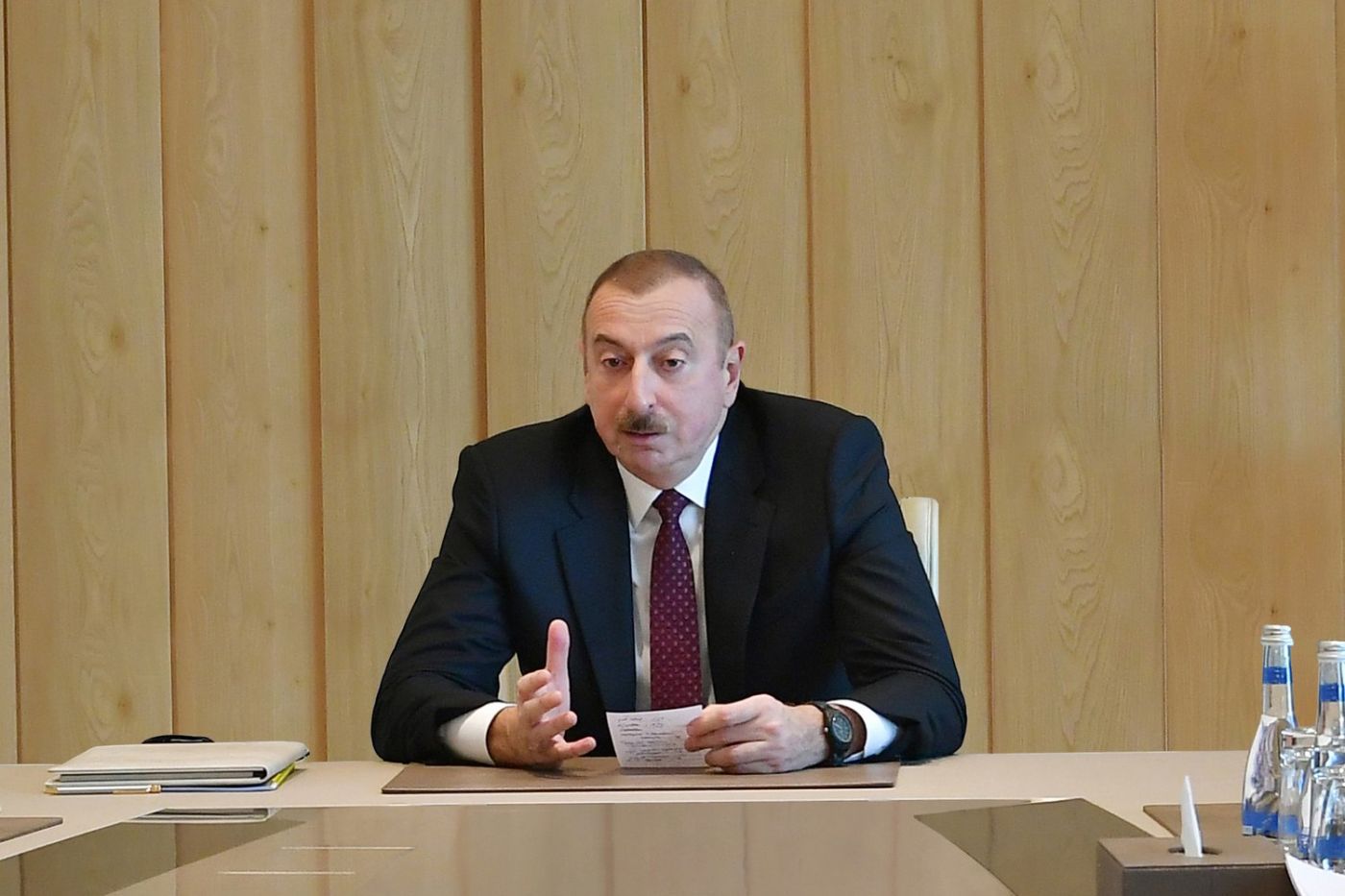 ‘Today, there are some people in government, who are against reforms. These reforms affect their personal interests, and they are trying in every way to interfere with our work.’ This was stated by President of Azerbaijan Ilham Aliyev at an expanded meeting of the economic bloc of the government dedicated to the socio-economic development of Azerbaijan for 9 months of 2019.

The head of state noted that these people denigrate those with innovative thinking.

‘This is done, including in the press. The press has become a kind of instrument of internal struggle. It is unacceptable. I do not want to delve into this topic now. But I want to say that this is unacceptable. Some members of the government are blackmailed by others. They are being denigrated. They try to cast a shadow on the reforms that they carry out on behalf of the president. Unbearable situation. If some people believe that we will put up with it, they are wrong. There is no alternative to reforms. Who will adhere to this path will work. But whoever is against this and secretly tries to interfere with our work, we don’t share our way with such people,’ Ilham Aliyev said.