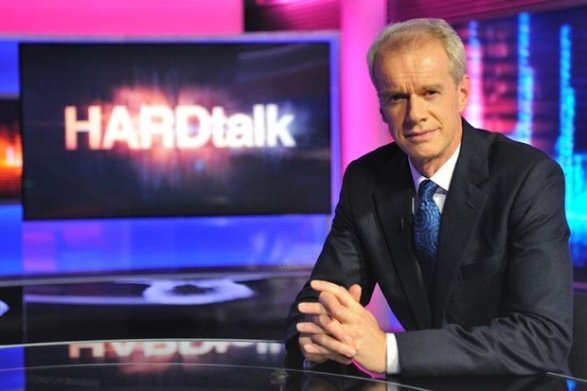 In a new episode of the BBC’s news programme HARDtalk, its host Stephen Sackur exposed his guest, Armenian Foreign Minister Zohrab Mnatsakanyan’s inconsistency and lies, when he spoke about Armenia’s approaches to the Nagorno-Karabakh conflict, Vestnik Kavkaza reports.

In particular, Mnatsakanyan tried to convince BBC audience that Yerevan seeks to achieve peace in the region. Stephen Sackur asked him: ‘You told me you want peace – explain to me then why in August, just a few months ago, the Prime Minister [Nikol Pashinyan] made a very high-profile speech in which he declared in no uncertain terms that  ‘Karabakh is Armenia – period.’ And he wants peace?’

The Armenian FM tried to slip away from the question, saying that Nikol Pashinyan had in mind the necessity of accepting the resolution of the Nagorno-Karabakh conflict for Armenia to the same extent as for Azerbaijan and the occupied Azerbaijani territories. ‘We are waiting from Azerbaijan a signal, a message which refers to our interests, to our concerns, which refers to the concerns of security of the people of Nagorno-Karabakh,’ he said.

Sackur brought the conversation back on track, noting that the statement ‘Karabakh is Armenia – period’ is contrary to international law, no matter what was Pashinyan’s idea behind these words. ‘When the Prime Minister declares ‘Karabakh is Armenia – period,’ when he knows that flies in the face of international law, the position of the UN and all of the independent international agencies, I’m struggling to see how that a move or gesture toward peace,’ the BBC radio host admitted.

‘Particularly, when he [Nikol Pashinyan] also followed up by leading the crowd during that one particular speech with chants of unification, nationalist slogans that have been heard in the 80-90s during the war with Azerbaijan, and you’re telling me that the prime minister wants peace?’ he asked again.

Then Stephen Sackur recalled the Armenian army’s crimes. ‘It seems to me it needs imagination to get out of a stalemate. Are you prepared to be imaginative in the spirit of reconciliation to have knowledge that over the last 20 years and more the Armenian military has been responsible for very serious abuses. The UN has concluded that. The European Court of Human Rights has concluded that. Independent groups like Amnesty International have talked about the abuses of your armed forces. If you want to change the dynamic with this new government is ready to admit that yes, we have been responsible for serious abuses in the past?’ he asked.

Zohrab Mnatsakanyan did not answer this question either, saying without any connection that ‘Armenia is the only guarantee of security.’ When the host asked to answer the question properly, the minister repeated: ‘We are the only guarantors of security, what we have is the security arrangement for the people of Nagorno-Karabakh, we have been responsible for this.’

Audio record of the Hardtalk BCC with Zohrab Mnatsakanyan:

The host interrupted this monologue and tried to ask the same question a little differently. ‘I’ll try one more time. The Human Rights Watch report into the conflict in 1995. It says that the Armenian forces with the support of the Republic of Armenia were responsible for the majority of abuses during the period of war. In 2017, the ECHR delivered 12 judgments concerning Armenia, 11 found the country in violation of the European Convention on Human Rights. So all I asking now: are you prepared to say that in the past mistakes were made, abuses happened?’ Stephen Sackur asked.

When Zohrab Mnatsakanyan once again tried to evade the answer saying that ‘that is part of moving forward, that is true, but at the moment we also have to figure out the way in which we can address out biggest priority – the security of the people,’ the host asked the question as directly as possible: ‘You do now express regret for something your military did in the past?’