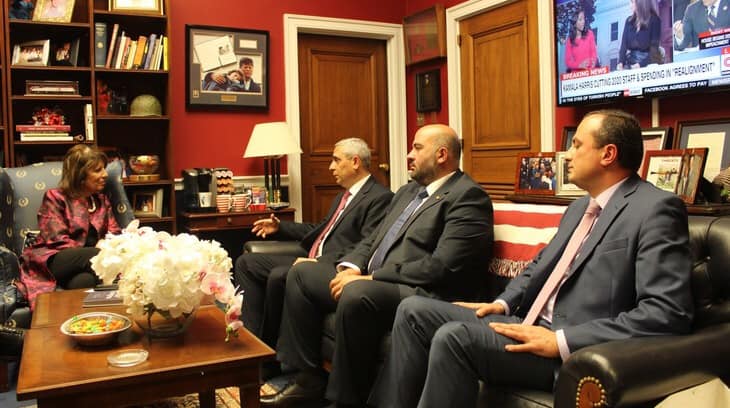 The Ambassador of the USA to Azerbaijan, Earle Litzenberger was called to the Ministry of Foreign Affairs with regard to the visit of Masis Mayilyan, the agent of the illegal regime created in the Nagorno-Karabakh region of Azerbaijan currently occupied by Armenia, and the Note of protest was handed over to the Ambassador.

The protest was expressed in the Note Verbale on the issuing of visa by the United States authorities to the agents of the puppet regime traveling from the occupied territories of Azerbaijan and it was noted that it undermines the peace process on the settlement of the Armenia-Azerbaijan conflict. It was emphasized that allowing the realization of such visits contradicts the commitments of the USA under the mandate of the co-chair of the OSCE Minsk Group, as well as the principles of respecting the sovereignty, territorial integrity and inviolability of internationally recognized borders of States.

The MFA brought to the attention of the US side that it expects that the USA as an important and responsible member of the international community would support unequivocally the principles enshrined in the UN Charter, make a serious contribution to the implementation of the UN Security Council resolutions of 1993 on the settlement of the Armenia-Azerbaijan conflict and refrain from any steps that could negatively impact the resolution of the conflict.