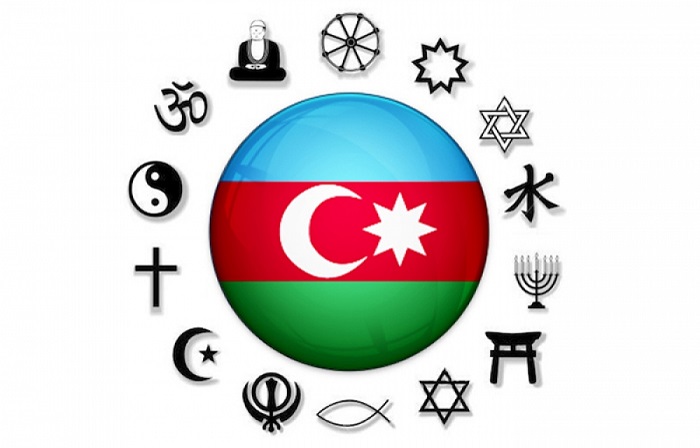 The multiculturalism and tolerance, historically inherent in the lifestyle of Azerbaijanis, today have become an integral feature of the daily life of every citizen of the Azerbaijani state.

The multiculturalism and tolerance, historically inherent in the lifestyle of Azerbaijanis, today have become an integral feature of the daily life of every citizen of the Azerbaijani state, regardless of their ethnicity, language and religion. Azerbaijan, a predominantly Shi’ite country, is also home to other ethnic and religious groups, including ancient Zoroastrian, Christian and Jewish communities. Respect and tolerance for national minorities have played a vital role in the development of the country from the days of the Silk Road to the present.

The real test of the Azerbaijani tradition of religious and national tolerance was the collapse of the Soviet Union. In this extremely turbulent time, Armenia seized and carried out ethnic cleansing, occupied 20% of Azerbaijani lands, and because of which, more than 1 million Azerbaijani refugees and internally displaced persons live in Azerbaijan.

Despite the terrible bloody conflict, Azerbaijani society has maintained genuine harmony and dialogue between religions and ethnic groups in Azerbaijan. Azerbaijanis have never regarded Jews as foreigners. For 2,600 years, the Jewish people have never faced harassment, insults, pogroms and antisemitic actions on the territory of modern Azerbaijan. Every Jew who has ever been to Azerbaijan can confirm that Jews living there can safely attend the synagogue without going through security cordon, walking around the city in national clothes and hats. To do the same even in some developed Western countries today, it is almost impossible and very dangerous.

Recently meeting with the co-founder and deputy chairman of the Simon Wiesenthal Center, Rabbi Abraham Cooper, Azerbaijan President Ilham Aliyev said: “Recently speaking at a meeting of the CIS countries, I named Garegin Nzhdeh, who served the Nazis, in honor of whom the Armenian government erected a monument. He was a man who said the words, ‘he who died in the name of Germany, died in the name of Armenia.’ This person is involved in the murder of representatives of various nationalities, including Jewish people. Is it possible to endure this monument in the center of Yerevan on the eve of the 75th anniversary of the victory? They protect the fascists. Therefore, of course, we hope that our friends – the Jewish communities in the world, will join us and force the Armenian government to demolish this monument.”

This statement by Aliyev is a demonstration of respect and reverence for the Jewish people. As an Israeli citizen, I would like express my special gratitude to Aliyev for his courage and diplomatic skill to declare this statement at the CIS summit. Aliyev is practically the only head of state who so frankly pointed out the Nazi Nzhdeh, for whom was erected a six-meter monument in Armenia in the post-Soviet space and among countries of Eastern Europe.

We do not interfere in the sovereign rights of peoples to interpret our history, historical past and perpetuate the memory of our national heroes. However, we should not be silent when people involved in the monstrous crimes of the Holocaust turn into national heroes.