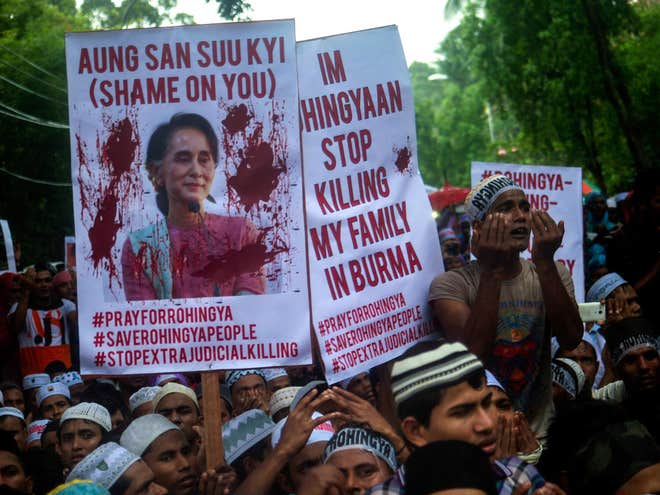 Burmese leader Aung San Suu Kyi has vowed to work towards “peace and national reconciliation” but has refused to address accusations Rohingya Muslims in her country may be the victims of crimes against humanity.

Ms Suu Kyi gave no specific details on how her government intends to resolve the violence and discrimination the long-persecuted Muslim minority face.

“We do not want our country to be unstable. But we’ve had a long history of disunity within our nation,” she said, addressing senior business representatives in Singapore.

Accounts of the military having gang raped, tortured and murdered members of the Rohingya community caused thousands of angry Muslims take to the streets across Asia in protest.

Around 30,000 have fled their home in Rakhines and analysis of satellite images by Human Rights Watch found hundreds of buildings in Rohingya villages have been burned.

The Burmese government has denied allegations of abuse. Officials say the army is hunting “terrorists” behind raids on police last month.