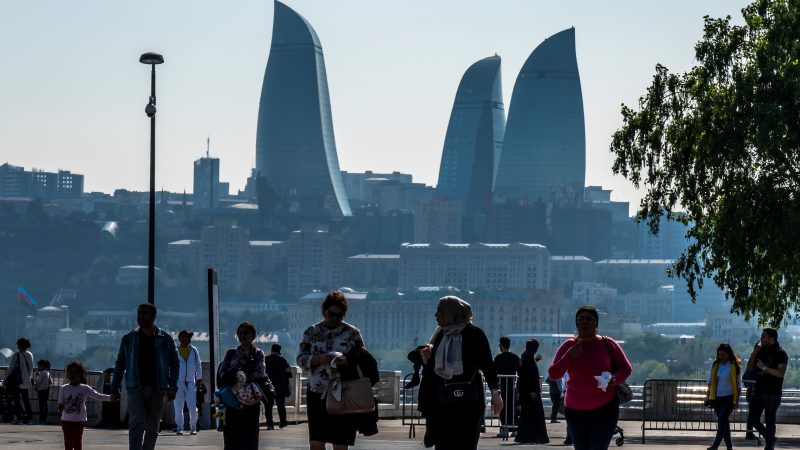 Dr Ceyhun Osmanli is a former member of parliament, a researcher and analyst on international relations and political economy, and the co-founder of Azerbaijan Green Movement.

For the first time in its history, the Azerbaijani Parliament asked to be dissolved on 2 December – which would pave the way for snap elections.

Earlier last week, the ruling New Azerbaijan Party (YAP) had called for the dissolution of the Parliament. This is a positive step as it could help modernise our country’s legislative branch and speed the course of economic reforms.

Many see this development as the Parliament’s response to the reform agenda led by the President of the Azerbaijani Republic, Ilham Aliyev. The ambitious reforms ahead of us can only be put in place by a new generation of dynamic, modern and well-educated experts.

In this new era, where socio-economic dynamism takes centre stage in Central Asia and the Caucasus, old-fashioned bureaucracies and entrenched power structures dating back to the Soviet time are no longer sustainable.

In order to reduce our independence on oil, diversify our economy and reform our institutions to better respond to our population’s need, a clean slate with a new political mindset is needed. This implies the retirement of octogenarians and septuagenarians and their replacement with younger generations.

Following his re-election in 2018, President Aliyev became increasingly aware of this. If his first years in office were marked by overcoming major political and economic challenges, achieving economic development and steady growth, throughout the last few months of his Presidency, the focus has shifted to modernisation efforts and structural reforms in state institutions and policies.

Importantly, a major government reshuffle took place, which led to the promotion of a younger generation to ministerial and administrative positions. Having studied at prestigious universities, such as Harvard and Sorbonne, a new generation of young politicians, who were by no means tied to the previous Soviet Union structures, started to have a strong presence in the echelons of power.

Just a month ago, Ali Asadov, respected for his experience in economic policy and reformist wisdom, was appointed as the new prime minister in a major government shake-up, including the replacement of two deputy prime ministers as well as several government and presidential staff.

The 81-year-old chief of the presidential administration, Ramiz Mehdiyev, was replaced by the 44-year-old Duke University alumnus Samir Nuriyev.

The head of the public and political department of the presidential administration, Ali Hasanov, was also fired from his position three days ago in response to citizen’s demands for the opening up of the media space and strengthening civil society.

It is a fact that politicians who blackmail or denigrate others cast a shadow over the reform process and the informal power politics, including monopolies of various oligarchs, curb foreign investments.

Hence, many believe that business as usual cannot go on and the reign of oligarchs marked by unfair competition and extraction of rents through systemic corruption must come to an end.

Serious efforts have been made to tackle these problems, for instance, aiming at combatting corruption in the Ministry of Taxes, Ministry of Transportation and the State Customs Committee. As a result, the leadership of these instances, which has been implicated in a number of scandals, was dismissed for wrongdoings.

These developments are largely due to the First Vice President Mehriban Aliyeva, whose office emerged as a pioneer of reforms since 2017, especially when it comes to the coordination of reform policy in the economic and judicial spheres.

As part of this reform process, important changes have been implemented in the customs and taxation fields to do away with monopolies and to equalize the regulatory playing fields for importing and exporting businesses.

The customs system was modernised with a transparent electronic customs declaration process, thus eliminating the intermediary of the Customs Committee for duty collection.

On the other hand, taxation procedures were updated to fully comply with major global transparency indexes following successful reforms in the field of taxation.

A graduate of the McGeorge School of Law, Tax Minister Mikayil Cabbarov has been promoted to the position of economy minister, his new functions also covering taxation and privatisation of state properties – which is expected to accelerate the privatisation of several state companies while attracting foreign investments in the upcoming years.

At the same time, industrial parks and Free Trade Zones were created, giving tax incentives, such as a seven-year tax-free regime, to foreign investors. Moreover, Special Economic Zones, such as the new Baku port of Alat, operate under British law and all businesses in the zone are exempt from duties and taxes.

These positive developments have been recently recognized by the World Bank’s Doing Business Index, where Azerbaijan’s position jumped up from 57th to 25th place between 2018 and 2019.

Moreover, President Aliyev signed a decree on judicial reforms in April 2019, demanding the implementation of focused reforms to address corruption in the legal system and increasing transparency and consistency of judicial processes.

These developments will hopefully launch a new democratic era in Azerbaijan, giving the voters a further possibility to advance the reform process.