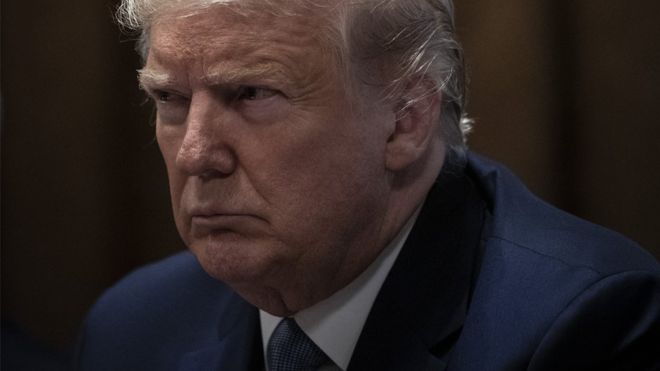 The Trump administration has said it does not consider the mass killings of Armenians in 1915 to be a genocide, rejecting votes in the US Congress.

Last week’s Senate vote incensed Turkey, which has always denied that the killings amounted to a genocide.

Turkey’s foreign ministry on Friday summoned the US ambassador to express its anger over the vote, accusing the US of “politicising history”.

The killings took place in the waning days of the Ottoman Empire, the forerunner of modern-day Turkey.

“The position of the administration has not changed,” said State Department spokeswoman Morgan Ortagus in a statement on Tuesday. “Our views are reflected in the president’s definitive statement on this issue from last April,” she said.

In a statement last April on the anniversary of the killings, Mr Trump said the US paid tribute to the victims of “one of the worst mass atrocities of the 20th century”, but he did not use the word genocide. Instead he encouraged Armenians and Turks to “acknowledge and reckon with their painful history”.

Mr Erdogan also said he could close Kurecik radar base as a threat of US sanctions hung over Turkey after its recent military offensive in Syria.