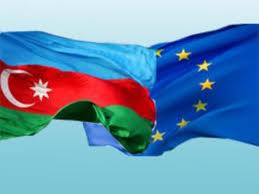 The 2nd round of the European Union (EU) – Azerbaijan Security Dialogue was held on December 19, 2019 in Baku, Republic of Azerbaijan. The participants conducted exchange of views on pressing political and security issues of mutual interest, including conflict resolution and crisis management, regional and international security threats and challenges and discussed possibilities for practical cooperation.

The delegations reconfirmed their adherence to the norms and principles of international law as enshrined in the UN Charter and the Helsinki Final Act and underlined the importance of strict observance of these principles as a basis for rules-based international order.

The EU delegation reiterated the position expressed earlier by high-level EU officials, in particular President of the European Council Donald Tusk and High Representative of the Union for Foreign Affairs and Security Policy/Vice-President of the European Commission Federica Mogherini, on the EU’s support for the territorial integrity, independence and sovereignty of Azerbaijan.

The importance of the Southern Gas Corridor in diversification of energy supplies to European markets was reiterated, in particular in light of recent inauguration of Trans Anatolian Natural Gas Pipeline (TANAP) and forthcoming completion of Trans Adriatic Pipeline (TAP). The EU delegation highly valued the contribution the Republic of Azerbaijan makes to Europe’s energy security.

The EU and Azerbaijan emphasised the need to complete the negotiations on draft new EU-Azerbaijan Agreement.

The delegations agreed to continue dialogue on security issues and to hold the next round of the security dialogue in the second half of 2020 in Brussels.

The high-level EU delegation was led by Mr. Jean-Christophe Belliard, Deputy Secretary-General for political affairs at  the European External Action Service and included relevant experts. The Azerbaijani delegation was led by Mr. Ramil Usubov, Colonel-General, the Secretary of the Security Council under the President of the Republic of Azerbaijan and included experts from relevant state institutions.