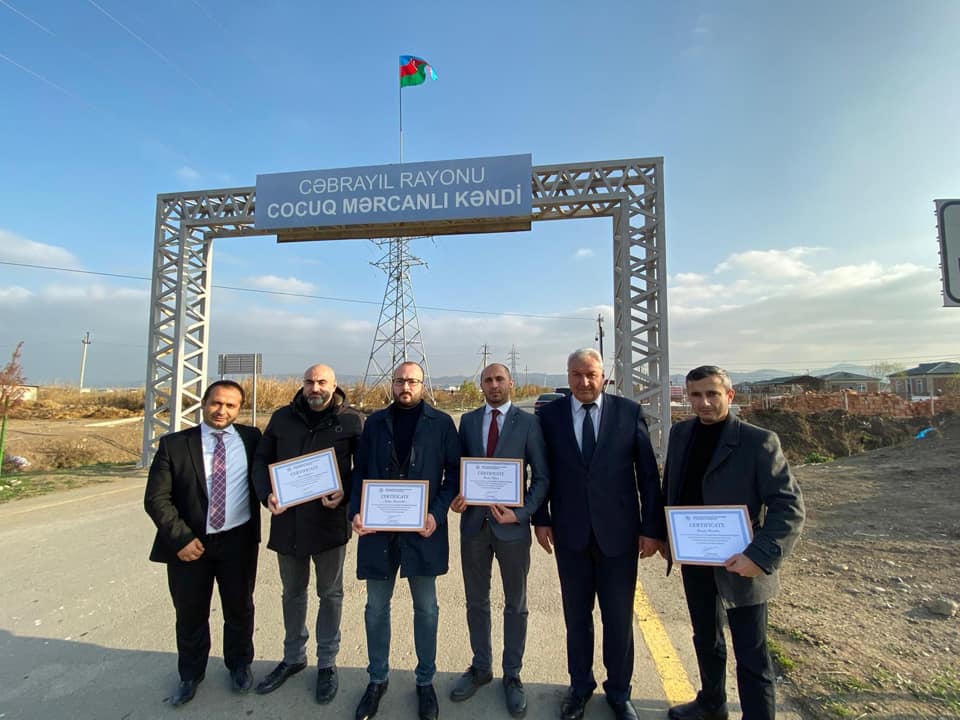 Participants of the «Leadership Development Program» of the State Committee on Work with Diaspora of the Republic of Azerbaijan were graduated after successful completion of the Program (16-21 December 2019).

The completion certificates were awarded to all of the participants in Jojug Marjanli village in the Jabrayil District of Azerbaijan.
Before graduation, they visited the monument of April martyrs in the village and then had meeting with governor of Jabrayil city and visited school, kindergarten, Post, city park, medical center of village and frontline with armenian occupant army.

We admired village habitants’ bravery and hospitality who live only hundred meters away from armenian agressive army. Paying visit to Jojug Marjanli and at least giving moral support to local people by whole world specially Azerbaijani diaspora and communities, is the most needed thing in this district. Jojug Marjanli is a worldwide symbol of peace and reviving life in the war-torn land. See you all in Jojug Marjanli!

State Committee on Work with Diaspora of the Republic of Azerbaijan