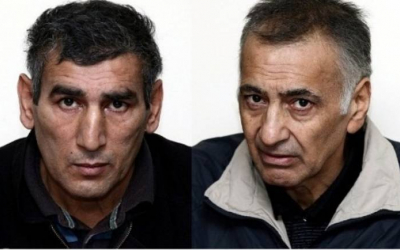 AzVision.az: The letter sent by Azerbaijan’s permanent representative to the UN Secretary General regarding the illegal arrest of Azerbaijani civilians Dilgam Asgarov and Shahbaz Guliyev by Armenia has been circulated as a document of the UN General Assembly and Security Council, the Foreign Ministry told AzVision.az.

The document emphasized that the illegality of the puppet regime has been repeatedly stated at the international level, it is under Armenia’s direction and control and is ultimately nothing other than the product of aggression, racial discrimination and ethnic cleansing. It notes that i its leading judgment of 16 June 2015 in the case of “Chiragov and others v. Armenia”, the Grand Chamber of the European Court of Human Rights established at Armenia exercises effective control over the Nagorno-Karabakh region and other occupied territories of Azerbaijan.

According to the document, the international community has consistently reaffirmed the sovereignty and territorial integrity of Azerbaijan, which includes the Nagorno-Karabakh region and the surrounding areas occupied by Armenia and condemned the occupation of the territories of Azerbaijan; and demanded the immediate, complete and unconditional withdrawal of all Armenian forces from those territories.

It also brings to the attention of the UN that in July 2014, the Armenian armed forces brutally killed an Azerbaijani civilian, Hassan Hassanov, and captured Dilgam Asgarov and Shahbaz Guliyev, while they were attempting to visit the graves of their parents and relatives in the occupied Kalbajar district of Azerbaijan. “The Armenian side not only did not release those civilians but also fabricated charges against them and unlawfully sentenced Asgarov to life imprisonment and Guliyev to 22 years in jail, while the body of Hassanov was returned to Azerbaijan, with the facilitation of the International Committee of the Red Cross, after almost three months, on 2 October 2014.”

“Asgarov and Shahbazov were unlawfully arrested, detained, subjected to an ostensible “trial” and convicted to lengthy terms of imprisonment under fabricated charges by an illegal and incompetent organ of the puppet regime that Armenia has established in the occupied territories of Azerbaijan. They were not told of the reasons for their arrest or informed of the charges against them and were detained incommunicado for at least several days,” reads the document.

The document also points out that Asgarov and Shahbazov were not presumed innocent, as Armenian officials made public statements in which they were called “hired criminals”, “saboteurs” and “murderers” before and during the “trial”.

“They were not informed of the charges against them in a language they understood and were not given adequate assistance through interpretation,” according to the document. “They are presently kept in complete isolation in prison, without contact with other inmates and without mail, news and – except for visits by the International Committee of the Red Cross – contact with the outside world.”

The Republic of Azerbaijan expects that the United Nations, including its relevant human rights mechanisms and procedures, will not remain indifferent to the fate of Mr. Asgarov and Mr. Guliyev and will spare no efforts to ensure their immediate and unconditional release and reunification with their families, according to the document.