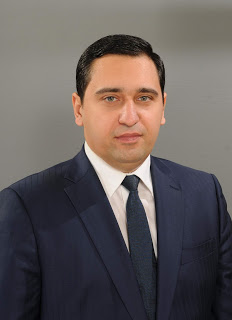 After one-week Azerbaijani nation will go to vote for the next members of parliament. The president of Azerbaijan appointed an early parliamentary election which inspired a lot of young people, political and public figures to join this extraordinary contest. The early appointed parliamentary elections in Azerbaijan are the serious step towards the democratization process.  This time parliamentary elections in Azerbaijan will be held on 09 February, 2020 and candidates are fighting for 124 seats. It seems very promising process because a lot of new young candidates are signed as candidates and actively participating in the election process, trying to present their views and vision about the future of the country. It is no doubt that the future of the country depends from today generation and their political activeness promise the bright future of the country. In general, the activeness of young leaders, political parties and new candidates makes this election different from the previous ones. What mostly attracts me are how candidates regularly visits the voters at the spot, conduct a meeting with them and makes promises about the flourishing future of people life. Most candidates are open to social media and put their messages and stories from the meeting with voters. Another point which also makes this election different from the previous ones are massive using of internet and social media as a way of communication with voters. Maximum amount of registered candidates in this election also says about its openness and transparency. During the meeting with candidates the voters are getting a chance to express their views, concerns and problems which for their hope will be raised in new elected parliament. Most problems have been mentioning by candidates themselves and these problems are different and covers mostly the social, welfare issues, employment of youth, incomes and life needs of people.  People want their voices to be heard in a new parliament and vote for those who will be indeed visiting and care for them.

The 2020-year has started for me also with the unique experience as I have also been registered as a candidate to the early appointed parliamentary elections in Azerbaijan. I go to this election with the slogan “Towards the positive changes”. I believe we can make a positive change in the lives of people by representing them in a legislation body called “Milli Majlis”.  Now there is a final period of the campaign, and I am running for the campaign, meet with voters and present them my platform and future targets.  As a young candidate I really hope that voters will support me in this election. At least I find it very useful experience as I regularly meet with voters, listen to their concerns and problems and trying to become a voice at the future parliament. I am sure that we go forward towards the more democratic and transparent elections in Azerbaijan. The future of the country depends from the young generation and their political activeness promise the bright future of the country. I would like to wish a good luck to all candidates and to thank for an important work that they do for the nation.

Candidate to the upcoming parliamentary elections-2020.

Vugar Ahmadov is a research fellow of Glasgow University on NGO-Government relations. His interests are on some topics like geopolitics, conflicts in the South Caucasus and energy politics in the South Caucasus and Central Asia. Currently he is a political analyst on international politics and regularly gives interview to domestic and international media.