100 years passed since the invasion of Azerbaijan by Russian Bolsheviks

100 years have passed since the Soviet invasion and Collapse of the Azerbaijan Democratic Republic (ADR), APA reports.

On April 27, 1920, the head of Soviet Russia Vladimir Ilyich Lenin established the Provisional Military-Revolutionary Committee of Azerbaijan in Moscow under the chairmanship of Nariman Narimanov. Narimanov was in Moscow, some members of the committee in Baku, and some on the northern border of Azerbaijan – in an armored train of the Russian army – waiting for the order. On the same day, the 11th Red Army led by Lewandowski in Dagestan was ordered to attack Azerbaijan. The Bolsheviks also used a trick in this matter – it was stated that the Red Army was going through Azerbaijan to help the soldiers of Mustafa Kemal Ataturk, who was fighting a life-and-death war in Anatolia.

On April 27, the Azerbaijani Bolsheviks delivered to the Republican government an ultimatum to hand over the power. The ultimatum was signed by Chingiz Ildırım who presented himself as “commander of Red Navy of Soviet Azerbaijan, engineer”: “We demand from you to immediately hand over the power to the Soviet Workers’-and-Peasants’ Government led by comrade Narimanov. In which case, the Red Navy will give a guarantee of peace and tranquility for the whole population of Baku City irrespective of their ethnicity. The response must be sent within two hours. Otherwise, the fire will be opened”.

The meeting of the Republican Parliament which started at 20:45 on the same day lasted for 3 hours. Although Mahammad Amin Rasulzade speaking at the meeting said XI Red Army didn’t go to Anadolu for assistance and came to occupy Azerbaijan, after the discussions, a decision was adopted to hand over the power to the Azerbaijani Bolsheviks.

And on October 18, 1991, the Azerbaijani Parliament adopted the Constitutional Act About State Independence of the Azerbaijan Republic and that Act was approved by the national referendum on December 29, 1991. 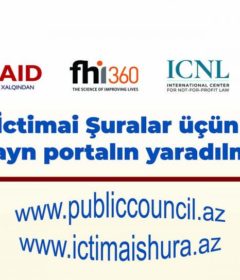 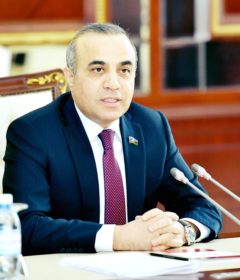