LAIED: Azerbaijani peacekeepers were sent to Afghanistan for serving within NATO-led mission in Afghanistan.

Azerbaijani Armed Forces has been serving in Afghanistan since 2002.

Azerbaijan joined with platoon to International Security Assistance Force (ISAF) consisting of 21 soldiers, one officer and one NCO in November 2002 with the aim of contributing to provision of peace, security and order in Afghanistan.[7]

The Azerbaijani platoon commanded by First Lieutenant Shamil Mammadov performed patrolling duties in the populated district of southern Kabul. On October 2, 2008 the National Assembly passed a decision to send 45 more peacekeepers to Afghanistan.[8] In an interview to Azeri Press Agency Brigadier-General Richard Blanchette said: “As the spokesperson for ISAF on behalf of General McKiernan, the Commander of ISAF, I thank your country, your soldiers, and the families of your soldiers, for their contribution to this vital mission”.[9]The number of peacekeepers serving in the Resolute Support mission in Afghanistan was raised from 94 to 120 on 9th of January 2018,[10] according to the amendment to the Resolution “On giving consent to the deployment and participation in the relevant operations in Afghanistan of a platoon of the Armed Forces of the Republic of Azerbaijan as part of the battalion of the Armed Forces of the Republic of Turkey and under the general command of NATO structures” by the Milli Majlis on December 29, 2017.[11] 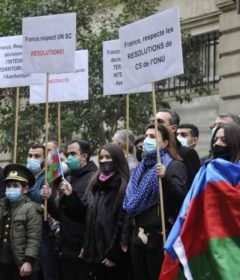