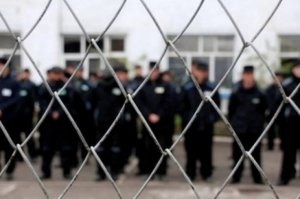 In Azerbaijan, the humanisation of the policy for the implementation of sentences continues, Azeri Daily has learnt from the press-service of the countries Ministry of Justice.

Confirmation of this are acts of pardon and amnesty adopted by the head of state. During the pandemic, 176 prisoners were pardoned, whose age exceeded 65.

At the same time, by an order of the President of Azerbaijan dated 10 February 2017, significant changes were made to the criminal law, many actions were decriminalised, and the restriction of freedom was officially approved as a new type of punishment.

6,400 of the applications submitted to the courts in connection with the prisoners were granted. 1,737 prisoners held in correctional facilities and registered with probation authorities were completely released from serving their sentences, and almost 2,800 convicts received shortened time in custody.

Along with this, the Ministry of Justice continues to consistently introduce the institution of parole of prisoners. During the pandemic, more than 600 convicts were conditionally released from punishment and taken for probationary control.

According to the decree of the President of Azerbaijan ‘On deepening reforms in the judicial system’ of 3 April 2019, it was instructed to continue measures to humanise the policy of punishment and decriminalisation of actions. In this regard, best international practices were studied, draft laws on amendments to the Criminal Code, the Code of Criminal Procedure, the Code of Administrative Offences and the Code for the Execution of Sentences were prepared. On the basis of the legislative initiative of the head of state, the law of 1 May 2020 introduced important amendments to the Criminal Code.

According to the amendments, 35 actions were decriminalised. For some crimes, an exemption from criminal liability was determined, subject to reconciliation of the parties and redress. In order to reduce the incidence of the penalty of imprisonment, 30 types of sentences included alternative forms of punishment, including fines, correctional labour and restriction of liberty. The punishments for crimes against military service were relaxed.

The decree of the head of state on the application of the new law entrusted important tasks to the justice authorities, instructions were given to determine the circle of persons covered by the law, and to apply urgent measures to release or mitigate punishment.