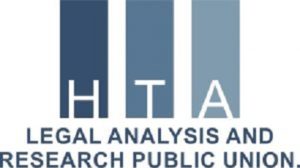 Statement by the Legal Analysis and Research Public Union

A 76-years old Azerbaijani civilian, Aziz Azizov was killed in Tovuz region of Azerbaijan by the Armenian Armed Forces’ shelling and numerous civilian houses are damaged. There are no precautions taken by Armenia during an attack to Azerbaijani territory to avoid damages to civilians which is the violation of humanitarian law.

Armenia is violated a number of international humanitarian law principles and rules by committing a crime of murdering civilians and destroying civilian infrastructure in Tovuz district of Azerbaijan. Common Article 3 of the Geneva Conventions prohibits “violence to life and person, in particular murder of all kinds of civilians and persons hors de combat”. The Murder of civilians was included as a war crime in the Charter of the International Military Tribunal at Nuremberg.

All four Geneva Conventions list the “willful killing” of protected persons as a grave breach. The prohibition of murder is recognized as a fundamental guarantee by Additional Protocols I and II. Murder is also specified as a war crime under the Statute of the International Criminal Court with respect to both international and non-international armed conflicts and under the Statutes of the International Criminal Tribunals for the former Yugoslavia and for Rwanda and of the Special Court for Sierra Leone.

The prohibition of killing civilians is set forth in numerous military manuals. It is also contained in the legislation of a large number of States. This prohibition has been upheld extensively in national and international case-law. Furthermore, it is supported by official statements and other practices. 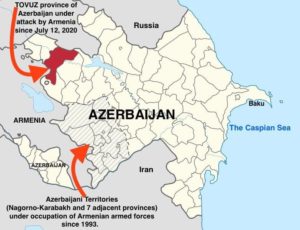 Not only this time, but back in earlier times, Armenian Armed Forces also in many cases during a ceasefire time, shelled the settlements with heavy weapons killing civilians, including children and damaging the economy, property and living infrastructure in Azerbaijan.
The international community must react and strongly condemn the Armenian Armed Forces for targeting the Azerbaijani civilians and committing war crimes.