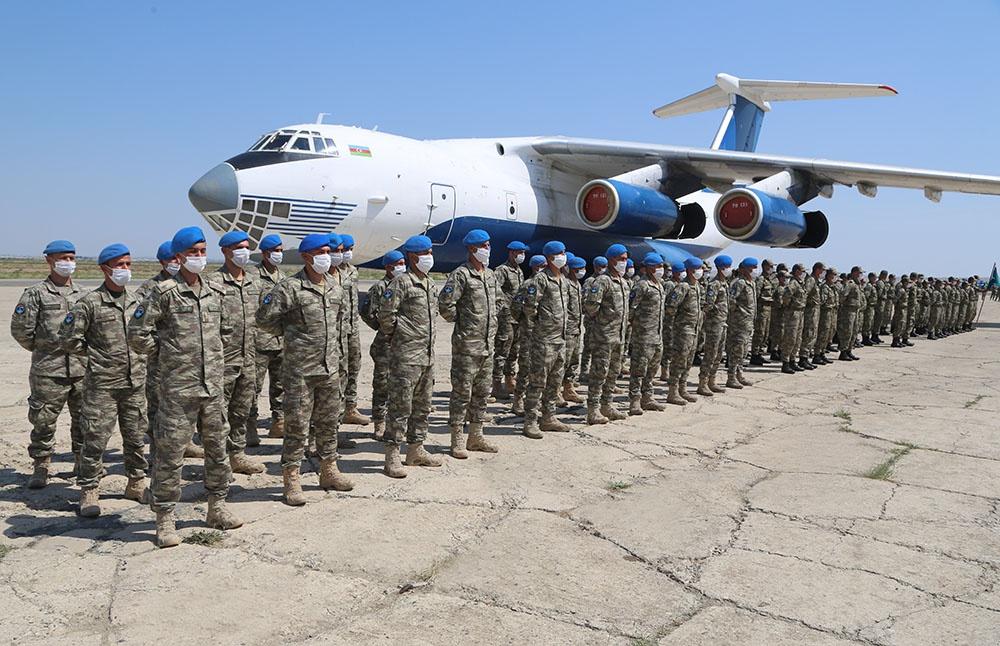 Report.az: A group of Turkish servicemen and aircraft involved in large-scale joint Azerbaijani-Turkish combat shooting and tactical flight exercises have arrived in Nakhchivan.

The national anthems of Turkey and Azerbaijan were played at the solemn welcoming ceremony of the personnel included in the training at the military airfield of the Special Forces.

The military transport, attack, and combat helicopters of the Turkish Armed Forces, brought by cargo planes, are being prepared for exercises at the Special Forces’ first airfield.