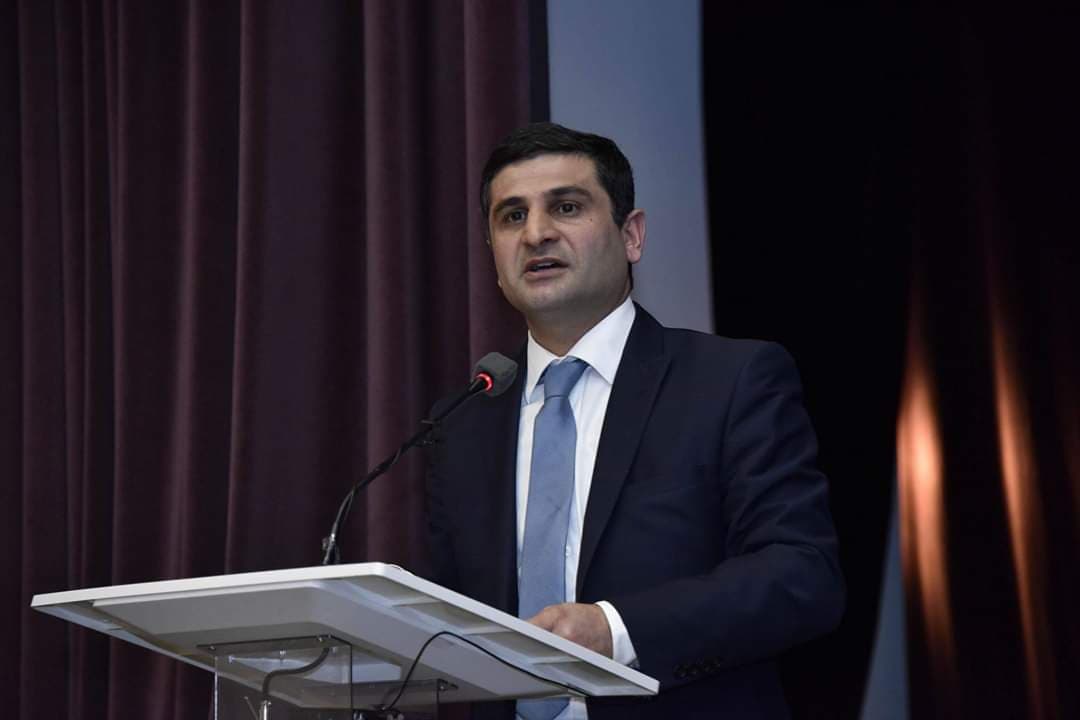 Aldiplomasy.com: The fellow of the Institute of Oriental Studies of the National Azerbaijani Academy of Sciences, Dr. Subhan Ali Akbar Talibli assured that the state of Armenia pursues a policy of illegal settlement in the occupied Azerbaijani lands, as well as artificially changing the demographic structure.

Today, information is leaking from the reports of international and regional organizations on the Armenian state’s policy of settlement and distortion of the material and cultural effects of the Azerbaijani people, and their destruction and commercial activities are contrary to human rights principles in the occupied Azerbaijani lands, as reflected in the studies that have been conducted by foreign media, including local ones.

Talibli says: If we reflect on the position of international organizations, we see that the aggressor Armenia violates the obligations that bear its responsibility under the Geneva Conventions, changes the geographical addresses and the names of places in our occupied lands, and plundering natural resources for profit in the mountainous Bagh Bagh and the surrounding areas, especially Armenia has its illegal measures and behaviors contrary to international principles such as following the policy of resettling Armenian refugees from Syria and changing the demographic structure in the mountainous Bagh Bagh. Armenians have been inhabited next to 8000-11000 people according to reports of the Organization for Security and Cooperation in Europe in the Lachin region, but according to Azerbaijani sources this number is more than 13000 people.

Dr. Subhan Ali Akbar Talabli said that after the cease-fire signed after the Karabakh war, the Armenian government issued a hidden order regarding the settlement of Armenians in the city of Lachin and many neighboring villages in the region. Thus, Armenia aims to control the area of ​​strategic importance through which the only road that connects to the mountain village of Bagh.

At the time, Armenia was only content to settle four residential areas in Lachin. And the Armenians were not settled in four regions, but in 12 villages in the city of Lachin in 1995, and the number of settlers came to 13,500 in Lachin and its villages, as well as in other regions in 2004.

According to Eurasia, Dr. Subhan Ali Akbar Talabli reported the official data of the Armenian side and the unrecognized mountainous government of Karabakh, the population of Karabakh was 143,000 in 2001. However, according to statistics in 1989, more than 90,000 Armenians lived in the region. In the 2002 a report of the Committee for Refugees working in the United States, expressed that Armenia that approximately 1,000 families from Armenia had been displaced to the Bagh Mountain and Lachin Corridor.

Dr. Subhan Ali Akbar Talibli said, according to the laws containing the prevention of settlers from leaving the mountain village of Bagh that was taken in January 2003F must pay a fee of $ 15,000 and the military $ 10,000.

Talibli said that immigration services have been operated officially in all cities and regions of Armenia since 2002 to displace the country’s population to the occupied lands from Azerbaijan. There were instances of illegal settlement of Armenians living in various countries to the mountainous Karagh Bagh and other occupied areas of the Azerbaijani lands.

According to the reports of the Immigration Office of the International Committee of the Red Cross in the South Caucasus for October 25, 2004, that 15 families were moved to the mountainous Karabakh per month, and the number of such families reached 200 in 2004.

Tell d. Subhan Ali Akbar Talabli on the words of Armenian Prime Minister A. Margaryan officially stated in December 2003 that the displacement of Armenian families to the occupied mountainous Karagh from Azerbaijan is a major issue for the Armenian government.

Dr. Talabli confirmed that the main sponsors of the project for the illegal settlement of Armenians and construction operations in these areas are the Armenian Institution of Education in West America and the Hayastan Foundation and others. It is no secret to us that 400 thousand dollars have been allocated for the implementation of the project “Return to Artsakh” and the completion of the construction of about 90 houses in the occupied border areas of Azerbaijan.

In conclusion, he added Dr Subhan Ali Akbar Talabli: The Armenian media revealed that funds for settlement have been embezzled by the authorities and 30% of the poor settlers left for Yerevan and CIS countries.