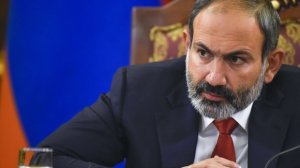 ‘We must clearly realise that the Karabakh issue, at least at this stage, starting from this stage, does not have a diplomatic solution,’ said Pashinyan.

Armenian people will be able to achieve an acceptable solution to the Karabakh conflict only with arms in their hands, said Armenian Prime Minister Nikol Pashinyan.