“Legal Analysis and Research” Public Union cordially invites you to take part at the Baku International Virtual Humanitarian Law Conference to be held in November 24, 2020 at 17:00 Baku time via Zoom online platform. The conference will be conducted in cooperation with the State Committee on Work with Diaspora of the Republic of Azerbaijan and supported by The Council on State Support to NGOs under the Auspices of the President of the Republic of Azerbaijan.
The key issue of the conference is the protection of civilians in armed conflicts. Sessions on humanitarian law aspects of the protection of children and women in armed conflict, as well as the human rights law aspects of the protection of civilians in armed conflict will be discussed.

In international humanitarian law, the protection of civilians is not the same as the protection of combatants. This difference is particularly relevant in the conduct of hostilities: there is a fundamental distinction between civilians and combatants, and between military objectives and civilian objects. Combatants may be attacked until they surrender or are otherwise hors de combat, while civilians may not be targeted, unless and for such time as they directly participate in hostilities, and they are protected by the principles of proportionality and precaution against the incidental effects of attacks against military objectives and combatants.

Geneva Convention IV and Protocol II codify the principles according to which the civilian population as such, as well as individual civilians, shall not be the object of attack. The Declaration on the Protection of Women and Children in Emergency and Armed Conflict says that, attacks and bombings on the civilian population, inflicting incalculable suffering, especially on women and children, who are the most vulnerable members of the population, shall be prohibited, and such acts shall be condemned.

This conference is going to be conducted online which will be dedicated to the issues of protection of civilians in armed conflicts and different aspects of the special protection of children and women. Representatives of the İnternational Organization for Migration, İnternational Red Cross Committee, Raoul Wallenberg Institute of Human Rights and Humanitarian Law (Sweden), foreign and national NGOs and legal experts have confirmed their participation at the conference. Interpretation will be provided. The conference will be held in November 24, 2020 at 17:00 Baku time. Those who are interested to participate, can submit this registration form, and receive a direct Zoom for participation in the conference: 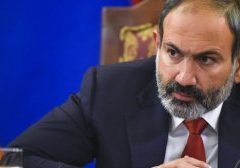 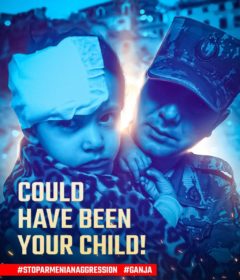