Baku/22.12.20/Turan: The Baku military court chose a measure of restraint in the form of arrest against Armenian citizen Ludwig Mkrtchyan, accused of torture during the first Karabakh war (1992-1994) against Azerbaijani prisoners of war. Mkrtchyan was charged under the Article 113 (use of torture, causing physical pain or mental suffering to persons subjected to detention or other restriction of freedom) of the Criminal Code. During the Patriotic War that began on September 27, 2020 the Azerbaijani army captured a group of Armenian soldiers. Among them was Mkrtchyan. The Military Prosecutor’s Office continues investigative actions in this criminal case. Under this Article, Mkrtchyan faces up to 10 years in prison. 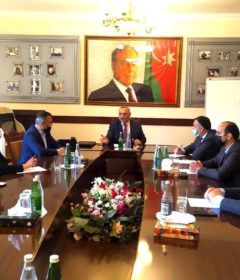 The Military Trophies Park in Baku made some people “concerned”