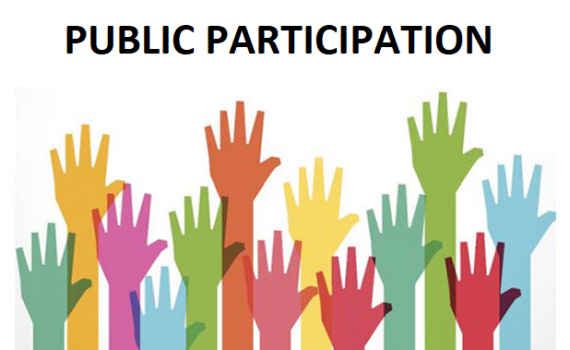 Assistant to the President of Azerbaijan, Head of the Foreign Policy Affairs Department Hikmat Hajiyev held a meeting with the heads of the relevant structures in connection with the implementation of public control in the central bodies of executive power, elimination of existing problems in this sphere, improvement of the existing legal framework, APA reports.

Hajiyev informed the participants of the meeting that President of Azerbaijan Ilham Aliyev emphasized the importance of public control over the activity of state bodies in Azerbaijan, gave appropriate instructions and recommendations on the active participation of civil society institutions in exploring existing problems in various fields and preparing proposals for their solution.

The assistant to the president stressed that a legal basis for the mechanism of public control was created in Azerbaijan in 2013.

“The Law of the Republic of Azerbaijan “On Public Participation” was adopted,” Hajiyev added. “In accordance with the law, a mechanism is envisaged for creating public councils under the relevant bodies, consisting of elected representatives of citizens and institutions of civil society to organize public control over the activity of central and local bodies of executive power, as well as bodies of local self-government.”

Hajiyev said that despite almost seven years have passed since the adoption of this law, big problems still remain in its implementation.

“The public councils have not been created in a number of central bodies of executive power,” the assistant to the president said. “There were big disadvantages in the establishment and activity of most of the existing councils.”

Then the representatives of the central bodies of executive power spoke about the problems they face in the creation and activity of public councils.

The representatives stressed that in some cases representatives of non-governmental organizations elected to the public councils do not know their functions, rights and responsibilities and are not informed.

During the meeting, the detailed information was given about the main points to which the central bodies of executive power should pay attention when creating public councils and answers to their questions were given.

In conclusion, Hajiyev stressed the importance of starting the process of creating public councils rapidly, holding transparent and objective election in compliance with all requirements of the law.

The assistant to the president stressed the importance of representing independent and experienced people in public councils, ensuring close cooperation with local non-governmental organizations, studying international experience in the field of public councils, organizing relevant training programs, holding regular meetings of public councils and ensuring transparency in their work.
APA.az