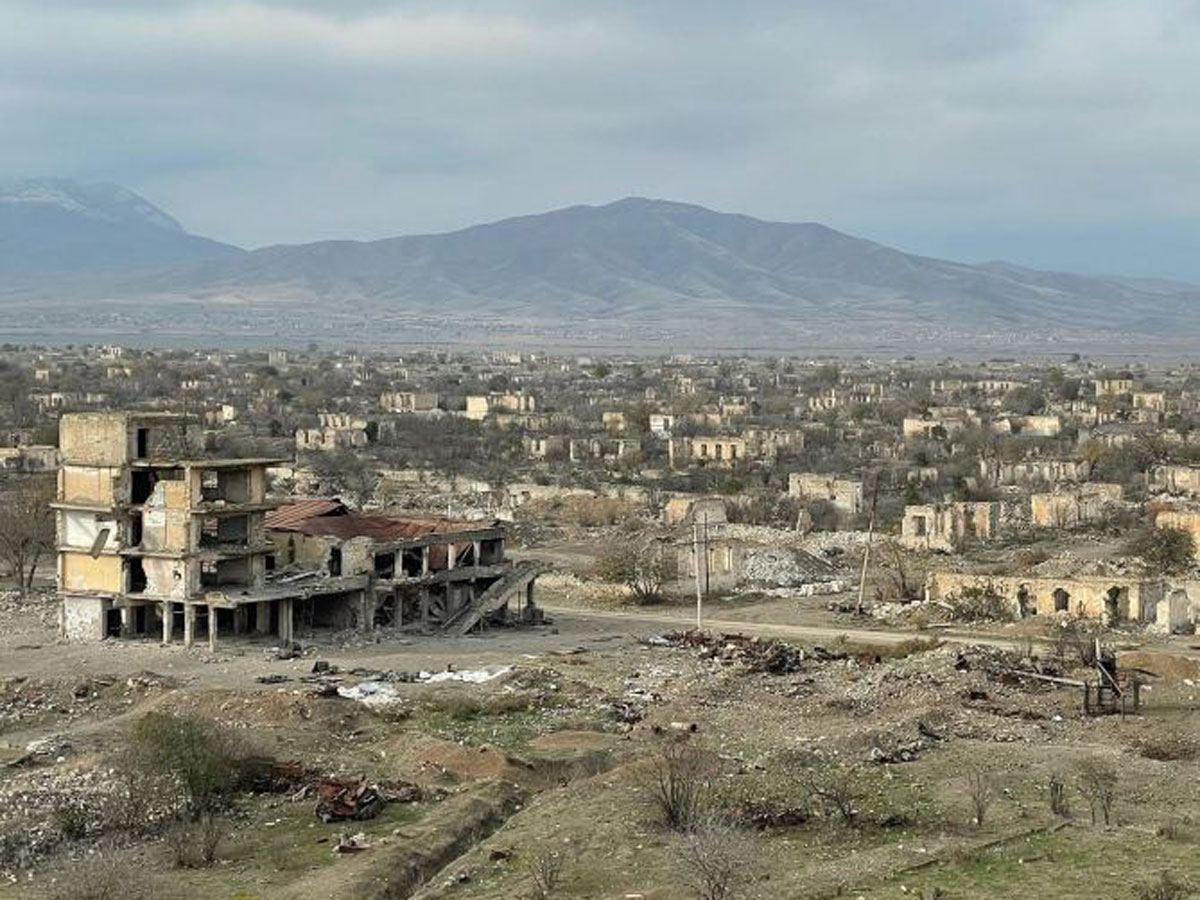 According to ShushaNews, on the instructions of the President Ilham Aliyev, NGO leaders, journalists, bloggers and public activists accompanied by Hikmet Hajiyev, Presidential Aid,  – Head of the Foreign Policy Department of the Presidential Administration, visited the liberated territories of Aghdam district of Azerbaijan. During the visit, the participants got acquainted with the Armenian military fortifications and minefields in the Aghdam region. They visited the Karabakh Khans’ complex and Imarat cemetery, Imarat stadium of “FC Karabakh” football club, Bread Museum, Garagaji cemetery, the grave of national hero Allahverdi Bagirov, and Shahbulag fortress.

Ramil Iskandarli, chairman of the Legal Analysis and Research Public Union, also attended the visit. After the visit, Ramil Iskandarli shared his views with ShushaNews website, noting that “the city of Agdam is a place where international law and customs of war ends …”

Ramil Iskandarli noted that Armenian armed forces committed unprecedented vandalism against the historical and cultural heritage of Azerbaijan in Agdam, as in other occupied regions. Monuments, cultural centers, mosques, cemeteries in the region were destroyed, administrative and civilian infrastructure, buildings, houses were looted, and some were insulted and Armenianized. The Aghdam mosque was also destroyed by Armenians, the minarets were demolished from the inside, the ceiling was blown down in several places, and the design and inscriptions were deliberately rendered useless and unrecognizable. During 1992-1994 Karabakh conflict, the private property of the population in occupied areas was plundered and looted by the Armenian army. The Republic of Armenia has committed a war crime in accordance with international humanitarian law by committing robbery without justification of military necessity. Before the 44-day war, Armenians demolished everything in Agdam for about 30 years.

Article 6 of the Charter of the Nuremberg International Military Tribunal provides definition of the war crimes:

•  War crimes: ‘ namely, violations of the laws or customs of war. Such violations shall include, but not be limited to, murder, ill-treatment or deportation to Wave labour or for any other purpose of civilian population of or in occupied territory, murder or ill-treatment of prisoners of war or persons on the seas, killing of hostages, plunder of public or private property, wanton destruction of cities, towns or villages, or devastation not justified by military necessity.

Armenia also violated traditional humanitarian law, such as the customs of war enshrined in the 1907 Hague Convention on the Laws and Customs of War on Land.

According to the Article 27, of the Fourth Geneva Convention on the Protection of Civilian Persons, protected persons are entitled, in all circumstances, to respect for their persons, their honour, their family rights, their religious convictions and practices, and their manners and customs. There are no private properties, surviving historical, religious and cultural monuments left in Aghdam. In this regard, Armenia is considered to have violated the Geneva Conventions and therefore bears legal responsibility.

Ramil Iskandarli also visited the Aghdam Juma Mosque. He noted that in addition to international legal documents, the “Declaration of Human Rights in Islam” adopted by the Organization of Islamic Cooperation in 1990 must be noted.

Armenia by violating Islamic human rights norms, through vandalizing the mosque and other religious and cultural places, also violated the Cairo Declaration on Human Rights in Islam.

Article 3 of the Declaration states that, In the event of the use of force and in case of armed conflict, it is not permissible to kill non-belligerents such as old men, women and children. The wounded and the sick shall have the right to medical treatment; and prisoners of war shall have the right to be fed, sheltered and clothed. It is prohibited to mutilate or dismember dead bodies. It is required to exchange prisoners of war and to arrange visits or reunions of families separated by circumstances of war.

According to the article 18 of the declaration, everyone shall have the right to live in security for himself, his religion, his dependents, his honor and his property. However, Aghdam population lost these rights for almost 30 years.