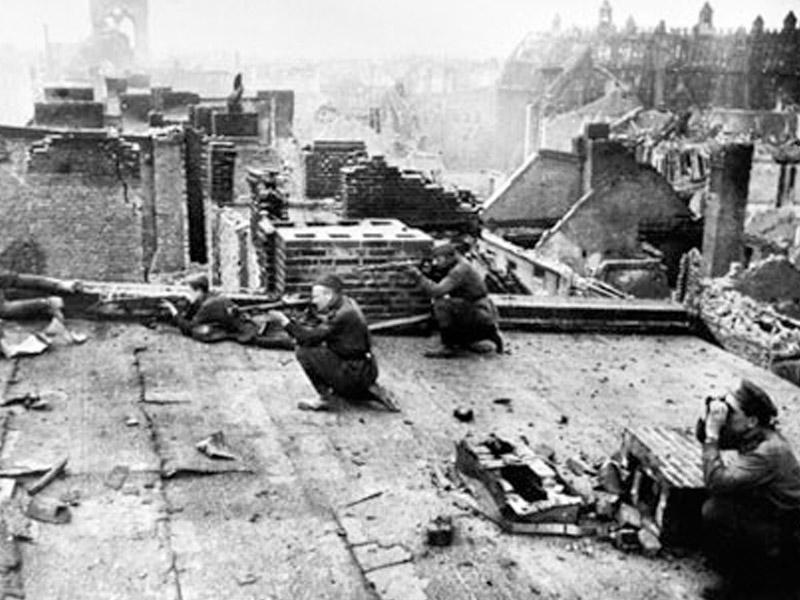 As it was stated at the “Constitutional Act of Azerbaijan on State Independence, adopted in 1991), “Russia brought its troops to Azerbaijan violating the international legal norms on April 27-28 of 1920 without declaring the war, occupied the territory of the Republic of Azerbaijan, overthrew the legally elected state bodies and put an end to the independence of the Azerbaijani people gained at the expense of great sacrifice. After that Azerbaijan was again subdued to Russia like in 1806-1828”.

On 27 April, a deadly battle took place between 350 Azerbaijani soldiers under the command of Agali Babazadeh, an officer of the Guba Regiment of the Azerbaijani National Army, including a group of volunteers led by Hamdulla Efendi and the Soviet Army of 70,000 soldiers at the Yalama station. After the beginning of a heavy battle, the positions of Azerbaijani artillerymen were destroyed by Soviet armored trains. The Russian paratroopers, backed by shrapnel and machine gun fire, attacked. The 350 fighters guarded the station until their last breath. The Russian paratroopers also suffered heavy losses in the battle.

On April 27, at 11 pm, Bilajari station was captured by Soviet armored trains, and at 4 am, the “III International” armored train arrived at Baku station. On April 30, the main units of the 11th Army entered the city. On the same day, units of the 7th Cavalry Division entered Shamakhi and Agsu, and on May 1, Soviet armored trains overcame the resistance of Azerbaijani units and captured Ganja station. On the same day, ships of the Volga-Caspian navy entered the port of Baku. On May 3 and 4, naval landings were launched in Lankaran and Astara, later, on May 5-7, cavalry units of the 11th Army entered Gazakh, and Yevlakh districts. In mid-May 920, the 11th Army took control of almost the entire territory of the Azerbaijan Democratic Republic. Thus, as a result of Russian intervention, the government of the national government of Azerbaijan was overthrown.

In May 1920, a major uprising against the occupying Russian XI Army in Ganja, with the intention to restore ADR in power, however, the uprising was crushed by the Soviet troops by May 31. As result of the Russian occupation, around 20,000 died (Azernews.az).