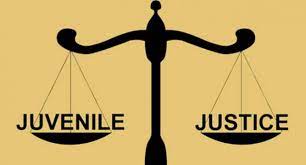 The Statement on the Juvenile Justice issues in Azerbaijan by the Legal Analysis and Research Public Union on the occasion of June 1, International Children’s Protection Day is issued today:

“According to the Kyoto Declaration adopted by the 14th UN Congress on Crime Prevention and Criminal Justice in Kyoto, Japan on March 7-12, 2021, States should take measures to address overcrowding in detention facilities and to improve the overall effectiveness and capacity of the criminal justice system, including by considering the use of alternatives to pretrial detention and custodial sentences, giving due consideration to the United Nations Standard Minimum Rules for Non-custodial Measures (the Tokyo Rules) and Promote a rehabilitative environment in correctional facilities.

Azerbaijan has been carrying out deep reforms in the development of the juvenile justice system in recent years. It should be noted that in accordance with the UN Standard Minimum Rules for the application of non-custodial sentences, which Azerbaijan is a party to, there is a positive trend in increasing the use of alternative measures to juvenile imprisonment in Azerbaijan.

Thus, according to the latest official statistics of the State Statistics Committee of the Republic of Azerbaijan, if we look at the statistics of punitive measures applied to prisoners aged 14-17, we see that 72 out of 288 convicted children have been deprivated of liberty. Various alternative punishment measures (fines, correctional work, community service, etc.) were applied to the remaining convicts.

In addition, the establishment of the Probation Service in Azerbaijan as an implementation of the alternative measures to deprivation of liberty, the selection and execution of punitive measures by restricting a prisoner’s freedom without hindering his or her integration into society, further strengthened this positive trend.

– Reduction of the maximum term of imprisonment for minors,

– Exploring the possibility of adopting a framework law in the field of juvenile justice system – the law on “Juvenile Justice”,

– Coordination of the activities of relevant government agencies and local non-governmental organizations operating in the field of juvenile justice in Azerbaijan,

– Promoting the choice of alternative measures for juveniles offenders and the application of alternative punishments to imprisonment, improving the mechanisms of their rehabilitation and social integration without isolation from society,

– Organization of events to increase the knowledge of the media and NGOs in the field of protection of children’s privacy,

-To further establish and train a speciazed teams of professionals on juvenile justice in legal-judiciary, law enforcement, advocacy, central and local executive bodies,

Chairman of the “Legal Analysis and Research” Public Union