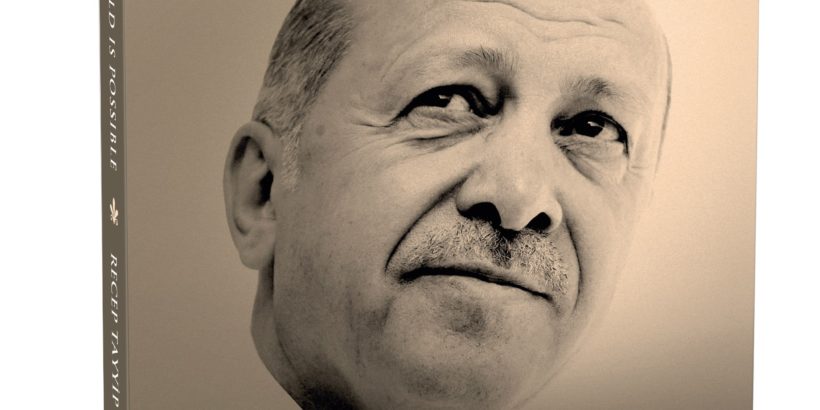 resident Recep Tayyip Erdoğan will present his book “A Fairer World is Possible,” translated into English, Arabic and French, to the leaders of the member states that he will meet at the United Nations General Assembly (UNGA).

Erdoğan will be in New York on Sept. 19-22 to attend the U.N. General Assembly and various other programs, during with he will address participants at the summit to be held at the U.N. headquarters. He will also hold bilateral meetings with some leaders.

The president’s book, “A Fairer World Is Possible,” carries an in-depth explanation of Turkey’s search for justice for all humanity.

Pointing to the dilemmas of global politics, especially injustice, the refugee crisis, international terrorism and anti-Islam rhetoric in the book, Erdoğan reveals the discrimination and double standards in the world with the example of the United Nations.

In the book, where he also draws attention to the problems of legitimacy, functionality, effectiveness, inclusion, representation and governance of the United Nations, Erdoğan underlines the need for comprehensive reform, especially in the United Nations Security Council.

While the book also includes proposals for the restructuring of the U.N., it recommends the implementation of a perspective summed up in the phrase “The world is bigger than five” and focuses on changing the structure of the U.N. Security Council.

The book suggests that the council be reorganized in a way that represents the continents, beliefs, origins and cultures in the fairest way possible. It states that this will be a revolutionary step for the solution and establishment of global peace.

In this context, it proposes that the number of permanent members in the U.N. Security Council be increased to 20 from the current five.

It states that the election of 20 countries to be included in the council from the General Assembly can be put forward as an alternative solution.

While in New York, the president is also expected to inaugurate the Turkish House (Türkevi), which is located in Manhattan, right across from the U.N. headquarters.

Turkish House is planned to be a building that features Turkish culture, history and displays a multiplicity of Turkish architectural motifs. It will also be a green-friendly building with “LEED Silver” certification.

According to the Report.az, the Permanent Mission of Azerbaijan to the UN will also be relocated to the Turkish House

The book was published by the Istanbul-based publishing house Turkuvaz and translated into several languages, including English, Arabic, German, French, Russian and Spanish.

Profits from its sale will go to Turkey’s Disaster and Emergency Management Authority (AFAD).