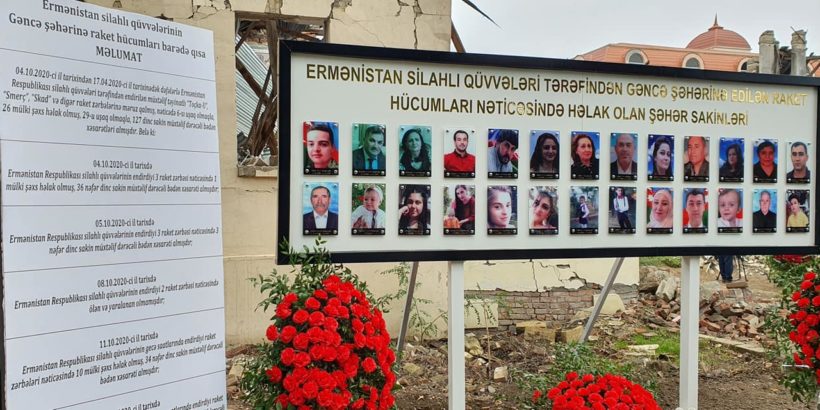 A conference organized by the Agency for State Support of Non-Governmental Organizations of the Republic of Azerbaijan was held in Ganja.

The conference, held at the Heydar Aliyev Center, was attended by about 100 representatives of NGOs who appealed to the world community in connection with the war crimes committed by Armenia in the cities and regions of Azerbaijan.

“As a result of the successful military operations conducted by the Azerbaijani army under the leadership of the President, Supreme Commander Ilham Aliyev, the Armenian armed forces were virtually destroyed. The Armenian government, in order to compensate for the defeat on the battlefield, targeted civilians living far from the war zone. As a result of the attacks undertaken, including the use of various heavy military equipment (artillery and ballistic missiles), civilians, including women and children, were brutally killed, and serious damage was caused to the infrastructure and property of citizens. (Azerbaijan24.com)

Thus, the second largest city of Azerbaijan, Ganja, came under rocket fire on October 4, 5, 8, 11 and 17. As a result of this horrific terrorist attack, 26 people were killed and 175 were injured. Civilian infrastructure and vehicles suffered enormous damage.

Another terrorist attack was committed in the Barda region – 29 people were killed, 112 people were injured, and various objects were destroyed.

By order of the Armenian leadership, attacks from ballistic missiles and other artillery were carried out at Yevlakh, Beylagan, Terter, Gabala, Goranboy, Agjebedi, Khizi and other cities and regions. As a result of this military aggression, 93 civilians were killed, including 12 children and 27 women, 454 people were injured, 12,292 objects and 288 vehicles suffered colossal damage, “the appeal said.

The conference was also attended by members of families affected by the Armenian terror in Ganja.