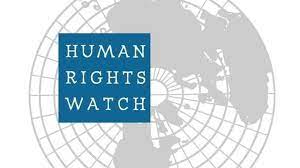 We have a few questions for you, just to clarify some points related to this section for our future activities. Please elucidate the following issues:

In the report related to Azerbaijan, you have stated that “According to official data, at least 71 schools were damaged or destroyed on the Armenian side and 54 on the Azerbaijani side. Despite the severe damage to schools during the conflict, Azerbaijan had yet to endorse the Safe Schools Declaration, an international agreement to protect education during armed conflict signed by 112 countries.”

Our question is, where did the figures for the destroyed schools come from? In general, how is the collected information verified? According to which official data you take the number of destroyed schools from both sides? Our question is whether Armenia’s accession to the Safe Schools Declaration does not absolve it of responsibility for the destruction of schools in Azerbaijan.

In the report related to Azerbaijan, you have noted that “in 2021, Azerbaijan returned more than 100 Armenian POWs and civilian detainees. In September, the Armenian ombudsman’s office stated that at least 41 POWs and four civilian captives remained in Azerbaijani custody; the exact number remaining in custody is unclear. The Azerbaijani government refuses to acknowledge any of these detainees as POWs.Azerbaijani authorities consistently claimed that all remaining Armenian soldiers in custody were terrorism suspects.”

We have a question for you to know your position on this issue as a reputable human rights organization. Pursuant to Article 4 of the Third Geneva Convention on Humanitarian Treatment of Prisoners of War (1949) and Article 983 of the Convention’s Official Commentary on 2020 (“Obligation to distinguish”), as well as under customary international humanitarian law, “the failure of individual combatants to distinguish themselves while engaged in an attack or in a military operation preparatory to an attack means they forfeit the right to prisoner-of-war status.” Here, we are talking about actions committed during military operations, regardless of identity. Persons of Armenian descent who are detained in Azerbaijan and have not yet been returned are not committed crimes during the 44-day war but after the end of the hostilities agreement. Persons of Armenian descent belonging to the category of POWs were already released by the Azerbaijani government through the mediation of various countries.

Our specific question is, do you consider those who were detained for the actions committed after the November 10 statement to end the hostilities, not during the 44-day military operation, as prisoners of war?

In the report related to Azerbaijan, you have stated that, “In December 2020, several international media outlets reported that Azerbaijani authorities arrested four servicemen for desecrating the bodies of dead Armenian soldiers and vandalizing gravestones at Armenian cemeteries.”

We hope that the perpetrators of the crime you mentioned will be punished. At least the launching of the criminal prosecution against them gives grounds to say so.

However, in the report related to Armenia, HRW stated that “It also documented the ill-treatment, including torture, of seven Azerbaijani POWs by Armenian forces. Human Rights Watch is not aware of any investigations by Armenian authorities into alleged war crimes committed by Armenian forces during the war”.

We would like to note that according to International Humanitarian Law, all states must investigate war crimes allegedly committed by their citizens or armed forces or in their territories and, if necessary, prosecute suspects. They should also investigate other war crimes under their jurisdiction and, if necessary, prosecute suspects. In the Chiragov vs. Armenia case at the European Court of Human Rights, the Court stated that Armenia is, in fact, responsible for the effective control of the territory of Nagorno-Karabakh. That is, Armenia must be held accountable, regardless of whether any violation is committed by Armenia or a regime operating illegally in Nagorno-Karabakh.

Our question is whether HRW has made any recommendations to Armenia, since Armenia has not yet held anyone accountable for any crimes committed by the Armenian military.

In connection with the above, please let us know your opinion on the issues raised by us. The ideas that you will share will help us form our own approaches to the issues raised in our future activities. We express our deep gratitude in advance.