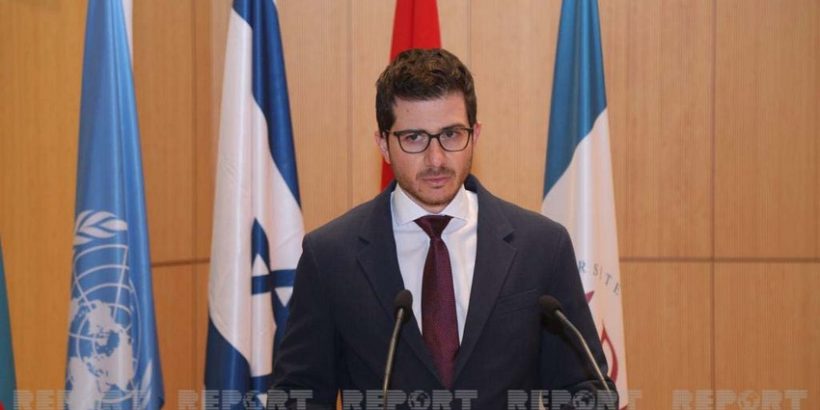 Israel thanks Azerbaijan for supporting the resolution against Holocaust denial, adopted on January 20 by the UN General Assembly in New York, Israeli Ambassador to Azerbaijan George Deek said at an event at ADA University dedicated to the International Holocaust Remembrance Day and the fight against anti-Semitism, hate speech, xenophobia and racism, Report informs.

At the same time, he noted that Iran was the only country that refused to recognize this resolution.

According to the ambassador, when he was a child, he met a man whose entire family perished in the Holocaust: “I always thought about how these people manage to live on after what happened.”

“Although many of the survivors have already died, their history will live on,” the ambassador said, adding that this day is also dedicated to all those who fought the Holocaust, including Azerbaijanis.

Every year on January 27, International Holocaust Remembrance Day is celebrated. A resolution to this effect was adopted by the United Nations General Assembly on November 1, 2005.