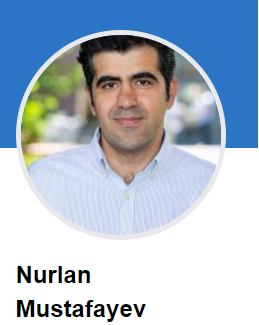 The so-called ‘44-Day War’ between Armenia and Azerbaijan in late 2020 also witnessed Armenia’s use of Scud ballistic missiles on several of Azerbaijan’s cities. After Iraq’s use of Scuds on Saudi, Bahrain, and Israeli cities during the Gulf War 1990-1991, it is the second time in modern history when ballistic missiles were used against population centers. The article explores the legality of ballistic missile strikes on cities under international law. It argues that the UN Security Council should mandate the ICC to investigate and prosecute such gross violations of the laws of war and humanitarian law in the conflict.

According to Human Rights Watch, during the recent conflict, ‘Armenian forces repeatedly launched ballistic missiles, unguided rockets, and heavy artillery into populated cities and villages in violation of the laws of war’. Independent sources also reported that it used ballistic missiles, such as Scud / Elbrus and Tocka-U, and Smerch long-range rockets on several Azerbaijani major cities, oil and gas pipelines, and the national water supply pipeline networks.

However, two series of major events deserve a particular emphasis for the purpose of this article. Between 4 and 17 October 2020, Armenia struck the second-largest city of Azerbaijan, Ganja, with a population of about 350,000, four times by the ballistic missiles and Smerch rockets, causing significant loss of life and hundreds of buildings, as confirmed by Human Rights Watch and major news outlets.

On 29 October 2020, a major Azerbaijani city of Barda was struck with Smerch rockets. The strike was carried out in a residential neighborhood, killing 21 and injuring 70 civilians. It was the largest civilian casualty in a single day during the whole war. These events were confirmed by the United Nations High Commissioner, Human Rights Watch, and New York Times reporters in Barda.

According to the Crises Group’s report, Azerbaijan’s only recorded use of LORA ballistic missile was against a bridge connecting Armenia to Nagorno-Karabakh in an attempt to cut off Armenian reinforcements and supplies. The strike failed to incapacitate the bridge and did not cause any civilian casualties.

International law, particularly the rules of international humanitarian law, prohibits the use of ballistic missiles, including Scuds, on densely populated areas for three key reasons.

First, such missiles lack precision and are inherently indiscriminate. Thus, they have been labeled as ‘terror weapons‘, intended to spread extreme fear among civilians rather than achieve specific military goals. The ICJ in the Legality of the Nuclear Weapons Case has defined the principle of distinction in the following manner: ‘States must never make civilians the object of attack and must consequently never use weapons that are incapable of distinguishing between civilian and military targets’ (§ 78). According to a prominent humanitarian law expert, Professor Solis, ‘attacks against civilian objects are banned not only when they are direct and deliberate, but also when they are indiscriminate’ (p. 537). Echoing this rule of customary international law, the UN Panel of Experts on Yemen found that Houthi forces’ use of ballistic missiles against Saudi Arabia breached international law because such weapons were inherently ‘imprecise’ and their indiscriminate impact on civilians was ‘foreseeable’.

Second, collateral damage to civilians from Scud missile attacks is excessive. For instance, according to a prominent authority on the laws of war, Professor Yoram Dinstein, a Scud attack will contravene IHL if it causes ‘disproportionate collateral damage to civilians or civilian objects’ (p. 152). Judge Rosalyn Higgins shared the same stance in her dissenting opinion in the ICJ case: ‘even a legitimate target may not be attacked if the collateral civilian casualties would be disproportionate to the specific military gain from the attack’. Reflecting this rule of customary law, Article 2 (c) and (d) of the ICTY Statute, and Article 8(2)(b)(iv) of the Rome Statute defines war crimes as ‘intentionally launching an attack in the knowledge that such attack will cause incidental loss of life or injury to civilians or damage to civilian objects … which would be clearly excessive’.

Third, using indiscriminate Scud missiles makes the obligation to limit harm to civilians meaningless. For instance, Article 57(1) of the Additional Protocol I envisages that ‘in the conduct of military operations, constant care shall be taken to spare the civilian population and civilian objects’. Articles 57(2)(a) and 57(2)(c) stipulate strict measures to limit the harm to civilians, even requiring that an ongoing attack must be canceled if it becomes apparent that the attack would cause excessive harm in relation to the concrete and direct military gain.

International courts applied these requirements in many legal cases. For instance, in the Armed Activities case (Congo v. Uganda), the International Court of Justice (ICJ) held that carrying out indiscriminate shelling and failure to distinguish combatants and non-combatants in populated centers constituted grave breaches of international humanitarian law and massive human rights violations (§207-208).

Likewise, the European Court of Human Rights (ECHR) in Isayeva, Yusupova and Bazayeva v. Russia, held that an ‘indiscriminate aerial bombardment’ of civilians near the city of Grozny, the capital of the Chechen Republic, in 1999 was ‘apparently disproportionate’ because Russia’s military operation was not planned and executed with the requisite care for the lives of the civilian population even if it was pursuing a legitimate aim in launching non-guided air-to-ground missiles (§198-199).

In the same footing, in the Prosecutor v. Milan Martić case, the ICTY held that the ‘presence or otherwise of military targets in Zagreb is irrelevant in light of the nature of the M-87 Orkan [multiple rocket launcher]’ because the missile system was ‘incapable of hitting specific targets’ and was therefore ‘an indiscriminate weapon, the use of which in densely populated areas … will result in the infliction of severe casualties’ (§463).

A New Mandate for the International Criminal Court?

Applying the above legal principles to the Armenia-Azerbaijan case, there is reasonable basis for arguing that the use of Scud or other ballistic missiles against the densely populated areas did violate international law because it disregarded the principle of distinction, the prohibition on indiscriminate or disproportionate civilian harm, and the obligation to take sufficient precautions to protect civilians. Accordingly, such acts might also have met the definition of war crimes under Article 8(2)(b)(iv) of the ICC’s Rome Statute. However, unlike in the Yemen case, the UN has not established a fact-finding mission to collect facts and provide legal findings so far.

The recent conflict is also unique because it was covered extensively on social media, which provided a tremendous amount of public-source information and OSINT analysis spread across Telegram, Youtube, and Whatsapp in real-time. For instance, global media coverage of the attacks informed the international community of the Scud missiles’ devastating impacts on the civilian population in real-time but no action was taken to cancel or limit harm to civilians. In addition, senior policymakers issued numerous statements, interviews, TV appearances, daily reporting by the Ministry of Defenses, and published posts on Twitter and Facebook of ‘particular evidentiary value’ (Chiragov and Others, §177) which could shed light on specific policy goals and the intention in using the ballistic missiles during the conflict. In this respect, a key question for any fact-finding mission or a judicial body is whether the use of ballistic missiles on cities and their humanitarian consequences was accidental, or policy related?

The information, reports, and policy statements could provide a legal groundwork for the UN Security Council to establish a fact-finding mission or refer this situation to the ICC to open investigations on the alleged war crimes. Following the case of Georgia and the UN Security Council’s referrals of the situations of Darfur and Libya to the ICC investigation, the referral mechanism provides a solid framework for addressing the Armenia-Azerbaijan case as well. From an international law perspective, it could also revolutionize the ICC’s jurisdiction in two major ways. First, it will be the first time when the ICC will rule on the legal compatibility of ballistic missiles with humanitarian law in the context of an international armed conflict. Second, following the ICJ’s landmark case of the Legality of the Nuclear Weapons, the ICC will have an opportunity to rule on the individual criminal responsibility aspects of senior policymakers who authorized and implemented the use of such destructive weapons against civilian population.

Even though the conflicting parties are engaged im parallel international legal proceedings before the European Court of Human Rights and the International Court of Justice, these legal mechanisms do not address the questions of violations of international humanitarian law and individual criminal responsibility arising from the use of ballistic weapons against the civilians. In this context, the ICC’s intervention in this particular aspect of the conflict would not only eliminate the impunity of senior policymakers but also create strong deterrence against the repetition of gross violations of human rights in other armed conflicts in the future.