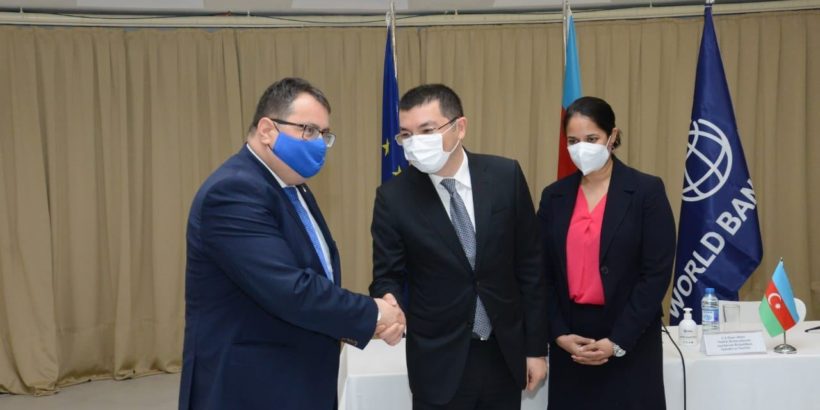 A ceremony of signing a grant agreement between the European Union (EU) and the World Bank (WB) for the Azerbaijani government was held in Baku on February 16, Trend reports from the signing ceremony.

The term of the agreement is three years and the cost is $5.2 million.

The document was signed by WB representative in Baku Sarah Michael and Head of the EU delegation to Azerbaijan Peter Michalko.

Moreover, in accordance with the provisions of the document, it envisages four priority spheres of EU activity in Azerbaijan and five national priorities for Azerbaijan.