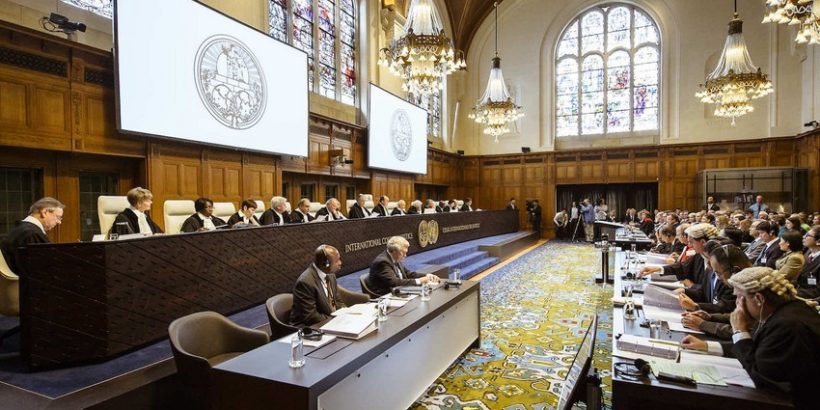 The Prosecutor General of the International Criminal Court (The Hague) Karim Khan is on a visit to Kyiv, Ukrainian President Volodymyr Zelensky said in a video message broadcast on the Telegram channel, Report informs.

ICC prosecutor Karim Khan has launched an online portal for evidence of atrocities in the Ukrainian war to be submitted.

While the investigation is examining claims of war crimes against both Ukrainians and Russian forces, Khan says he is particularly concerned about attacks on civilians, which are against international law if done intentionally.

Moscow has denied it is targeting civilian areas or residents directly, insisting it is only interested in destroying Ukrainian military infrastructure and “denazifying” the government.

Yet the United Nations estimates over 600 civilians have died so far since war broke out three weeks ago, while more than 1,100 have been hurt. Residential buildings, hospitals and schools have also been destroyed, and over 3 million people have fled the shelling for neighbouring countries.

Investigators are looking not only at the alleged targeting of civilians, but also the reported use of cluster bombs that can cause indiscriminate damage, which may also constitute a war crime. Any future use of chemical weapons — a new fear by NATO and the West — will also be scrutinized. (GlobalNews.ca)