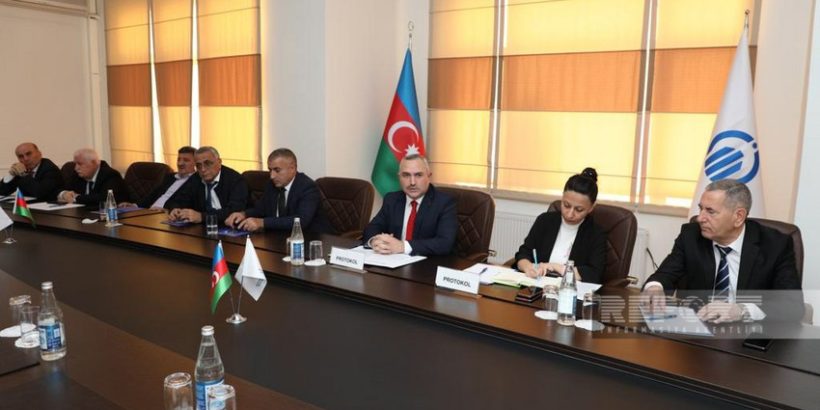 Non-Governmental Organizations of Azerbaijan have released a statement on landmine problems in Azerbaijan.

The statement has been adopted at the conference on “Let’s unite our efforts for mine-free Azerbaijan” in Baku.

In all historical periods, Armenia acted against the civilian population of Azerbaijan contrary to the principles and norms of international law. In the course of both the First Garabagh War and the Patriotic War, the Armenians did not hide their intent for the genocide of the Azerbaijani population and killed civil Azerbaijanis. Even despite the fact that the Patriotic War of 2020 has ended, mine terror continues today, targeting the civilian people of our country and perpetrated by Armenia.

Armenia, which held 20 percent of the territory of Azerbaijan for 30 years, has placed more than one million mines on these lands. Within two years after the Patriotic War, 267 citizens of Azerbaijan were killed or seriously injured as a result of mine explosions. To this day, the demining process has unearthed and destroyed tens of thousands of mines and unexploded ordnance. Although the Azerbaijani state repeatedly demanded mine maps from Armenia, Armenia’s response to this was not adequate. The mine maps provided by Armenia covered a very small percentage of all mined areas, and the accuracy and reliability of the information provided in these documents is at a very low level.

Today, the Republic of Azerbaijan is carrying out construction and restoration work in the liberated territories at the expense of its internal reserves. The mine contamination of these territories, devastated during the occupation and the long duration of the demining process is one of the factors seriously slowing down the restoration work. Once committed by Armenia, this war crime was also carried out with the aim of striking at possible rehabilitation works. We note with regret that the mine problem in our liberated territories today slows down both the process of recovery and the return of internally displaced persons to their native lands, as well as how a terrorist act interrupts the lives or causes disability of many people.

The mine terror carried out by Armenia against Azerbaijan and directed mainly at the civilian population is a war crime against humanity, a serious danger to peace and stability. Each exploding mine does not easily interrupt someone’s life or health. This is a tragedy not only for those who have been exposed to mines, but also for those close to them. It is, at the same time, the source of new influxes of hatred. Along with this, mine terror prevents the establishment of favorable conditions for a stable peace between Azerbaijan and Armenia. Mines are the seeds of war and violence, and we ask for the support of all people of good will in the world, we call on progressive forces to unite in the fight against mine terror.