Maragos: There are no barriers in negotiations on a new agreement between EU and Azerbaijan 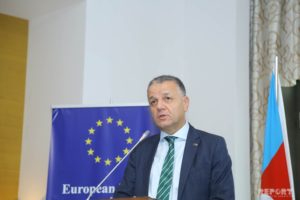 “I think that we have done a lot so far. Negotiations have advanced to a very good stage,” Chief of the Regional Programs Department at the European Commission’s Directorate-General for Neighborhood and Enlargement Negotiations Vasilis Maragos said to Report.

He noted that now it is necessary to focus on their continuation and specific issues.

“I would not say that there is any barriers in the negotiations on a new agreement. First of all, there are the negotiations themselves. And we have achieved a lot, prepared a good text, agreed by both parties and we can only discuss 3-4 points on which negotiations are ongoing. But we are very close to taking the last step, ” he said.

Maragos noted that it is really important that the parties view the agreement as partnership.

“When you negotiate such an ambitious agreement it is essential to think about the joint interest and also that this agreement is going to help both sides to advance the relationship to prepare framework for implementation for the medium term. It is not an agreement that we are signing for one or two years. It is an agreement which has to bring us up to this shape, so that we can address the common challenges in the area of climate, digital, more economic integrations, better trade, the diversification of the economy of Azerbaijan which is a common interest of both of us,” he said.

As for the trading part, according to the European diplomat, it cannot be said that the parties achieved the desired result in this part.

“We have really to make an additional effort to try to find that level which corresponds to the interests and aspirations of both sides. Of course we respect the aspirations of Azerbaijan but we want also to make sure that there enough interest of the European companies. I’m optimistic. I really believe that we can find this if there is common wheel and faith of both sides”, he noted.

Maragos also noted the importance of Azerbaijan’s integration into world trade: “So participation and membership in WTO is an issue. It would be important to advance this. Because this will help to create the sustainable and stable framework for the development the business in Azerbaijan. And we are ready to discuss all the challenges linked with the WTO and see how we can support Azerbaijan in this process”. 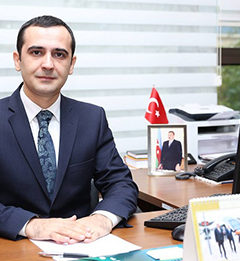 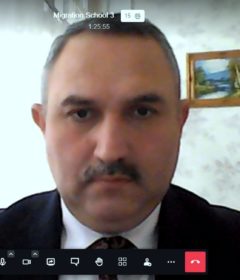