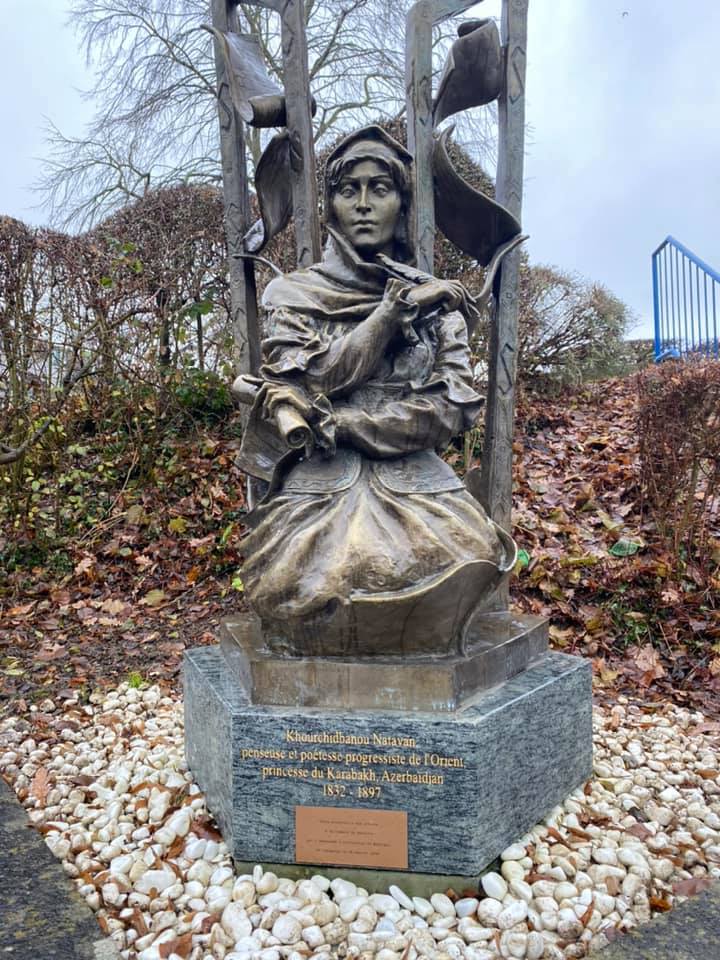 Natavan was closely engaged in philanthropy, promoting the social and cultural development of Karabakh. Among her famous deeds was a water main that was first laid down in Shusha in 1883, thus solving the water problem of the townsfolk. The springs built by Natavan from famous Shusha white stones were called by the townsfolks “Natavan springs” and were also considered historical monuments under protection.

Natavan also did a lot for the development and popularization of the famous breed of Karabakh horses. Karabakh horses from Natavan’s stud were known as the best in Azerbaijan.

Natavan also founded and sponsored the first literary societies in Shusha and in the whole of Azerbaijan. One of them called Majlis-i Uns (“Society of Friends”) became especially popular and concentrated major poetic-intellectual forces of Karabakh of that time.