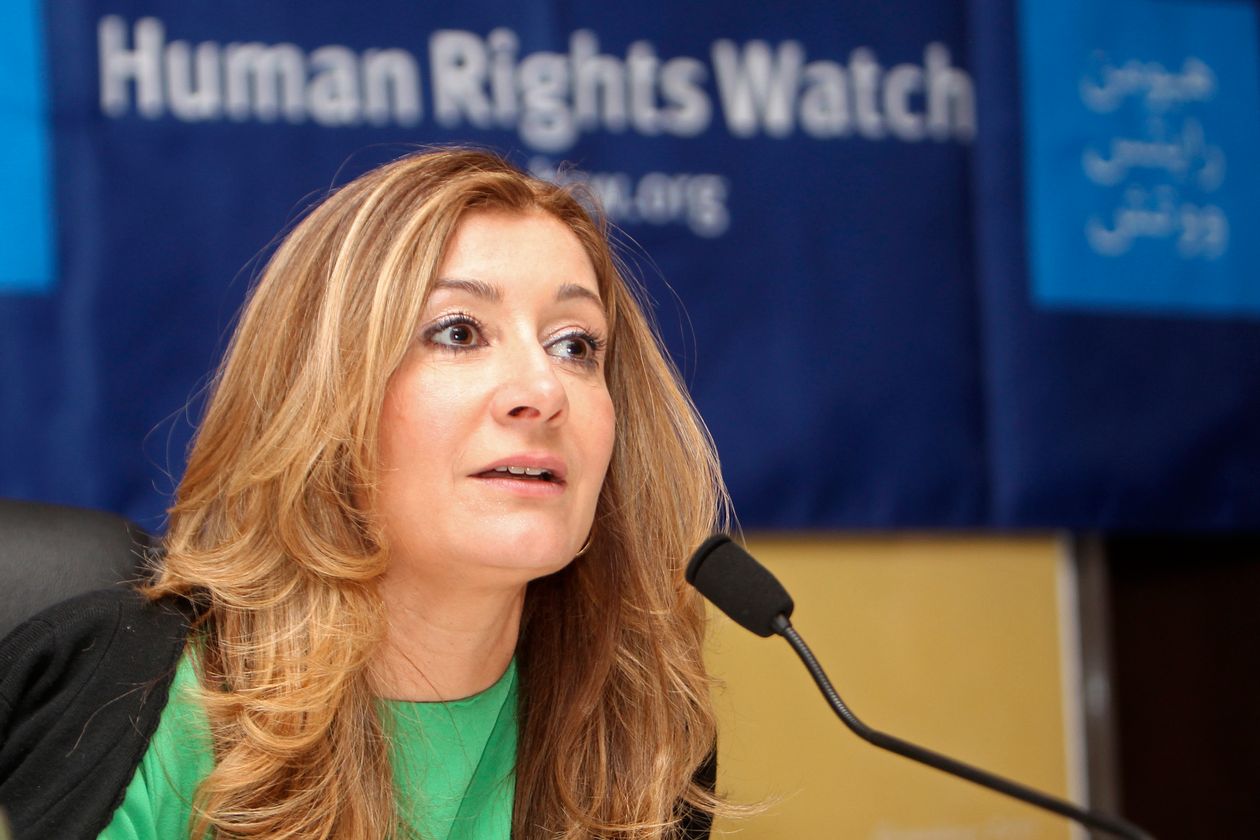 Hypocritical attacks on Israel are common, but Sarah Leah Whitson takes them to a new level. As Middle East and North Africa director of Human Rights Watch, she is one of the sharpest critics of the Jewish state’s presence in the West Bank, promoting boycotts and international prosecution for the supposed crimes of occupation and settlement. Yet elsewhere Ms. Whitson strongly supports settlements in occupied territories—suggesting that she and her colleagues don’t take their own legal claims against Israel seriously.

The settlements Ms. Whitson supports are in Nagorno-Karabakh, an area that was within the borders of post-Soviet Azerbaijan until 1994, when Armenia occupied the region after a protracted war. Since then, the Armenian leadership in Yerevan has actively encouraged the movement of settlers into the area. Many Armenians regard Karabakh as their historic homeland. But the United Nations, international courts and the U.S. all consider it occupied Azeri territory.

Ms. Whitson, who is from an Armenian family, served as master of ceremonies at a 2018 fundraiser for the Armenian National Committee of America, a pro-settler charity that views Karabakh as an “integral part of the Armenian homeland.” Even as Ms. Whitson led Human Rights Watch’s campaign to boycott Israeli economic activity in the West Bank, she took to Twitter to promote Armenian wines, including from the occupied territories. Asked about the inconsistencies between her positions, Ms. Whitson responded by email: “My personal support for Armenian diaspora organizations pertains to their charitable and educational work in Armenia and their efforts to advocate for recognition of the Armenian Genocide.

This explanation is at odds with HRW’s approach to Israel, where the group calls for boycotts of entire companies—including unrelated divisions—because some of their work is in settlements. It is also at odds with the record: Ms. Whitson’s fundraising appeals for pro-settlement groups are in no way limited to educational issues. She has celebrated the work of the Armenian General Benevolent Union, which supports new settlement construction to encourage “young families to set down their roots.” She specifically praised the group for helping Syrian Armenians who have “resettled in Armenia”; many or most such refugees have been resettled in the occupied territory.

Ms. Whitson is fully within her rights to support Armenian settlements. Nothing in international law requires boycotts or sanctions against such communities. But if HRW were serious about its opposition to “settlers” and “occupation,” it wouldn’t have a supporter of them heading its Middle East division.

Ms. Whitson isn’t alone in opposing occupation and settlements only in Israel. Nancy Kricorian, leader of a Code Pink boycott campaign against Israel, also turns out to be an Armenian settler activist. Michigan Rep. Rashida Tlaib urges a boycott of Israel while co-sponsoring a bill to normalize relations with Armenian settlements

The European Council on Foreign Relations has led efforts to restrict connections between Europe and Israeli activities in the West Bank. The think tank claims this is the clear and impersonal command of international law. Yet it has recently emerged that some of its largest corporate donors have significant and direct business interests in Moroccan-occupied Western Sahara and Turkish-occupied Northern Cyprus. The council doesn’t seem bothered by connections to those occupied territories.

Similarly, the revelations about Ms. Whitson will almost certainly not compromise her position at HRW or in the “antisettlement” movement. This shows that there is more than a double standard at play. The acceptance of settlement activity by supporters of sanctions on Israel suggest they know that the international law they claim to enforce against the Jewish state is not international law at all.

Mr. Kontorovich is a professor at George Mason University’s Scalia Law School and a scholar at the Kohelet Policy Forum in Jerusalem Source: By Eugene Kontorovich – WSJ Opinion https://m.facebook.com/story.php?story_fbid=823196621438845&id=100012455433013&ref=content_filter