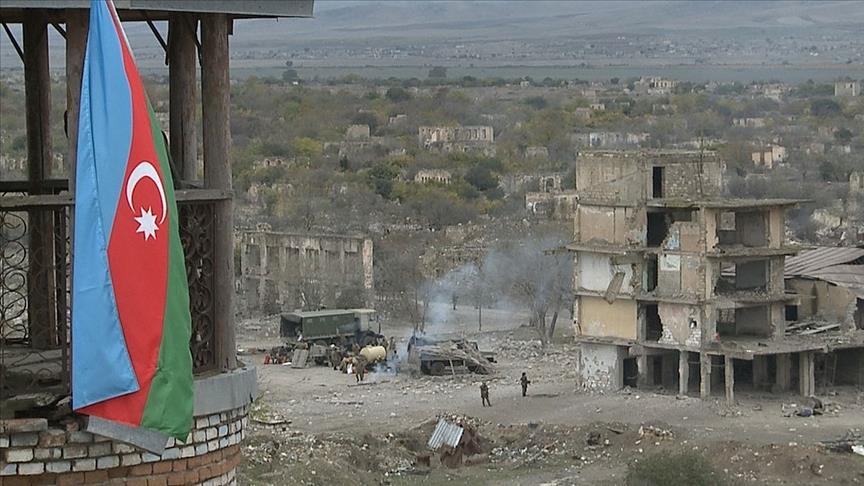 Clashes in the Nagorno-Karabakh region have killed four Azeri servicemen in recent weeks, Azerbaijan’s defense ministry said on Sunday, in the first report of casualties since a Russian-brokered ceasefire accord.

The Baku government said the clashes, which also left two Azeri servicemen wounded, had taken place in an area that fell under its control when the fighting ended on Nov. 10 and territory in Nagorno-Karabakh previously controlled by ethnic Armenians was handed over to Azerbaijan.

It said the military operation on Friday and Saturday aimed to destroy or drive out enemy forces responsible for the deadly attacks on Azeri servicemen.

Azerbaijan’s State Security Service said that “unfounded accusations against the Azeri side and the Russian peacekeepers by some Armenian leaders and media” were unacceptable.

“Azerbaijan’s defence ministry said four of its soldiers were killed when their units were attacked. Armenia shouldn’t try to start it all over again,” Aliyev said during a meeting with top diplomats from the United States and France, who have tried to mediate the decades-old conflict. “It must be very cautious and not plan any military action. This time, we will fully destroy them. It mustn’t be a secret to anyone.”

In 44 days of fighting that began in late September and left more than 5,600 people dead on both sides, the Azerbaijani army pushed deep into Nagorno-Karabakh, forcing Armenia to accept last month’s peace deal that saw Azerbaijan reclaim significant territory.

Four soldiers from Azerbaijan have been killed in clashes in the disputed Nagorno-Karabakh region, Azerbaijan’s defense ministry says.

The reports come only weeks after a six-week war over the territory which ended when Azerbaijan and Armenia signed a ceasefire. The region is recognized as part of Azerbaijan but has been run by ethnic Armenians since 1994 after the two countries fought a war over the territory which left thousands dead. A Russian-brokered truce failed to bring about lasting peace and the area, claimed by both sides, has been prone to intermittent clashes.

Armenian forces in Nagorno-Karabakh violated cease-fire and martyred four Azerbaijani soldiers last week, Azerbaijani officials said on Sunday. Some Armenian soldiers remained in the forest area of Hocavend province despite agreeing to withdraw, the Defense Ministry and the State Security Service said in a joint statement.

The press release said Baku met all the conditions for the withdrawal of all armed groups, and Russia as well asked them to leave the area through loudspeakers. Instead of leaving the region, Armenian forces have fortified their positions, and are attacking both Azerbaijani soldiers and civilians.

Armenian forces attacked Azerbaijani soldiers in Khojavend’s Sur village, martyring three soldiers and wounding two civilians, the statement said. Separately, it added, a soldier was martyred and a civilian was wounded near the Hadrut town on Dec. 8. The State Security Service had to carry out an anti-terrorist operation in the region after the attacks, it said.