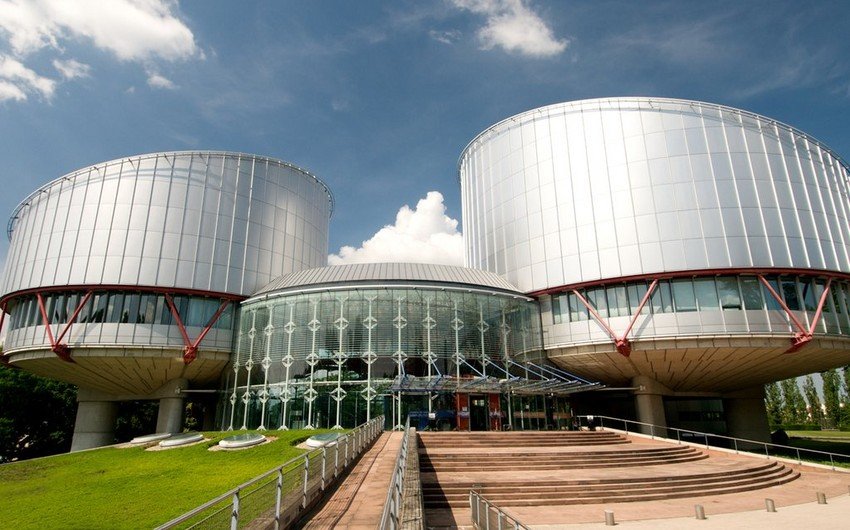 An inter-state application on violation of the rights and freedoms of Azerbaijani citizens affected by the military aggression of Armenia against Azerbaijan was lodged before the European Court of Human Rights on January 15, 2021, APA reports citing AZERTAG.

The application was prepared by well-known experts in the community of international law and leading lawyers of the Republic of Azerbaijan.

The document raises the issues of violation of the right to life, respect for private and family life, to freedom of religion, not submitting to torture and ill-treatment, as well as violation of rights to property and freedom of movement as a result of the occupation of Nagorno-Karabakh and 7 surrounding regions of Azerbaijan by Armenia for almost 30 years. It also provides evidences of 3,890 Azerbaijani citizens missing and Armenia not taking any action to investigate the fate of those individuals.

The application also includes the facts of violation of the rights of Azerbaijani citizens, protected by the European Convention on Human Rights, as a result of military provocation committed by the Armenian armed forces in the direction of Tovuz in July 2020.

The application describes inhumane actions of the Armenian armed forces, which acts contrary to international humanitarian law, in particular the Geneva Conventions, against the Azerbaijani civilians during the 44-day war, resulted in the glorious victory of Azerbaijan; firing cluster and phosphorous shells, long-range ballistic missiles to civilian infrastructure in the cities and villages of Azerbaijan located far from the theatre of military operations, as a result of which 93 people, including 12 children and 28 women were killed, 423 people, including 51 children and 104 women were wounded, 264 houses, including 10 multi-floor residential buildings in the city of Ganja were completely destroyed, 9294 private houses and other properties were damaged, as a violation of the European Convention on Human Rights.

“The citizens of the Republic of Azerbaijan are deprived of the right to return to their homes due to a large amount of mines that had been planted in the territories occupied by Armenia, the destruction of our cities and villages, as well as sending illegal armed forces to our liberated territories after the act of capitulation dated on November 10, 2020,” the application says.

The document submitted to the ECHR demands that Armenia take necessary measures to restore the violated rights of Azerbaijani citizens.