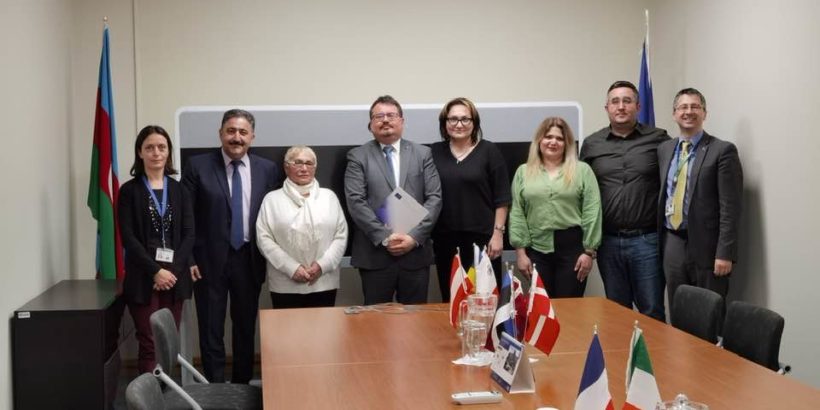 We condemn the aggression of Russia against the territorial integrity and sovereignty of Ukraine in the pursuit of its imperial policy, without respect for any international law, and declare that the attempts of Russia to suppress the country’s flourishing democratic values and overthrow the democratically elected President of Ukraine are dangerous.

We declare that Russia while being a permanent member of the UN Security Council, with its aggressive steps clearly shows blatant intolerance against the UN-recognized sovereignty of its neighbors, views the neighboring countries as vassals and Russia acts as a destroyer of universal values, both in the post-Soviet space, as well as remains a very serious threat and danger to the future of a free world.

We demand that the Russian government immediately stop this occupation and respect the sovereign rights of the countries.

We call on the EU and US governments to provide immediate and unconditional military and economic support to Ukraine in the conflict. We also call military and humanitarian organizations such as NATO and the United Nations to provide comprehensive support to the people of Ukraine.