Legal Analysis and Research Public Union (LAR) is established in 28/08/2012 in Baku and registered by the Ministry of Justice . LAR is a think-tank and uniting legal experts from different organizations and institutions in Azerbaijan. The founders of the LAR are Ramil Iskandarli and Elmari Mamishov. 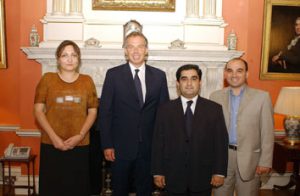 The mission of LAR is the “Analyzing and researching for a building of a legal state in Azerbaijan”. LAR is a member of UN Global Compact initiative,  Alliance of NGOs on Crime Prevention and Criminal Justice, Civil Society Forum of Asian Development Bank and National Anti-Corruption NGO Network in Azerbaijan.

1. To promote and support the legal reforms in Azerbaijan.

“Legal Analysis and Research” Public Union (LAR) is established in 28/08/2012 in Baku and registered by the Ministry of Justice . LAR is a think-tank and uniting the legal experts from different organziations and institutions. The founders of the LAR are Ramil Iskandarli and Elmari Mamishov.

The mission of LAR is the “Analyzing and researching for a building of a legal state in Azerbaijan”.

LAR is currently cooperates with the Georgian NGO “Democracy and Civic Integration” within the project related to the research activities in the field of human rights of minorities in Azerbaijan supported by the British Embassy in Baku. Two Round tables were conducted in Marneuli (Georgia) and Baku (Azerbaijan) for discussing current status of the rights to use a mother tongue by persons belonging to national minorities in Kvemo Kartly and Kakh-Zagatala regions.

The project on “Legal support of vulnerable groups of population” is launched from 1st of March, 2014 with the financial support from the State NGO Support Council under the auspice of the President of  Azerbaijan Republic. As a part of the project, lawyers of LAR providing free legal advises to vulnerable strata of population.

During five years of its activity, the Legal Analysis and Research Public Union closely cooperated with Council of State Support to Non-Governmental Organizations under the President of the Republic of Azerbaijan. Thus, in 2014, the project on “Legal support to the vulnerable groups of population (women, children, and persons with disabilities)” had been implemented with financial assistance of the Council. The main direction of the project was provision of free legal service to the people from weak strata of population.

“Civilians are under attack” report was prepared by LAR , which reflects the impact of the a results of the 44 days war over Karabakh on ordinary citizens of Azerbaijan.

Within the “Youth in Action” program of the European Union LAR together with its Swedish partners held an event for the law students at the Viksjöfors (Sweden). Young people representing various countries participated at the event. With organization of LAR the group representing Azerbaijan was selected from the students of the Khazar University. Head of the project Helena Ehrstand and the chief organizer Matilda Norling Person stated that they were very much satisfied with Azerbaijani representatives. Helena Ehrstand said: “I manage this project already for several years, however, no representatives of any country demonstrated such great skills as representatives of Azerbaijan did. This is a great innovation for us. I hope that our cooperation will continue.”

The experts of our organization conducted legal researches and provided legal advices to such entities like the Global Legal Project of the School of Law at the University of New York, European Union and UNICEF. Members of the organization periodically publish their analytical and enlightening articles, legal opinions and essays in the local and international press, internet information portals (Azvision.az and Report.az). The members of the organization regularly participate at the international events in the foreign countries as well as at the international and national events conducted by the state bodies in Azerbaijan.

LAR experts do an independent reports on different issues of law and human rights. Chairman of LAR – Ramil Iskandarli – is an author of a number of legal researches. He is an author of the legal research, such as “Legal Dimensions of Gender Equality in Azerbaijan; The Enabling Environment for Promoting Women’s Rights in Azerbaijan” (funded by World Bank, http://siteresources.worldbank.org /INTGENDER/Resources/CaucusesreportOct10.pdf ), Author of the legal paper “The rule of ECHR in implementation of freedom of association in Azerbaijan” published by British EHRAC ( http://www.londonmet.ac.uk/londonmet/library/z39689_3.pdf), and author of the research “A Guide to the Republic of Azerbaijan Law”, published by the Hauser Global Law School Program, New York University School of Law (http://www.nyulawglobal.org /globalex/Azerbaijan.htm).

LAR is a member of the UN Global Compact Initiative and Civil Society Forum of the Asian Development Bank.

LAR implements services on conducting the research to analyze legal, social and psychological aspects of the causes of the human trafficking problem in Azerbaijan with the order of the State Committee on Family, Women and Children Problems of Azerbaijan Republic from the April 2021. As a part of the research LAR will prepare the report, based on the results of the in-depth interviews and survey in Baku and regions.