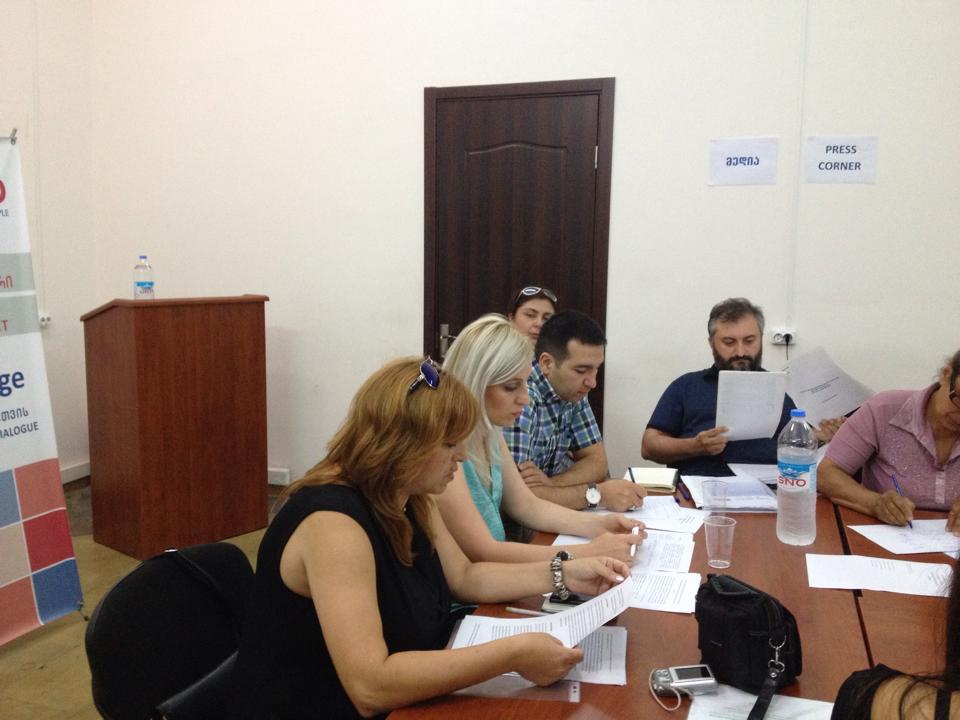 On 21st of July Legal Analysis and Research Public Union (LAR, Azerbaijan) and The Center for Democracy and Civic Integration (CDCI, Georgia) jointly conducted a “round table” discussions in Marneuli region of Georgia.

At the meeting there were discussions held on the issues of the right to use of language (state language and mother language) of Azerbaijani minority in Georgia.
Representative of relevant state bodies and around 20 local NGOs took part at the event.

The head of the CDCI Rimma Gelenava, chairman of LAR Ramil Iskandarli and project coordinator, executive director of LAR Elmari Mamishov made an opening speeches.

According to the chairman of LAR, the main objective of the event in Marneuli was to discuss the legislative framework and implementation of the rights to use state and own langauge of the Azerbaijani minorities in Kvemo Kartli region of Georgia.