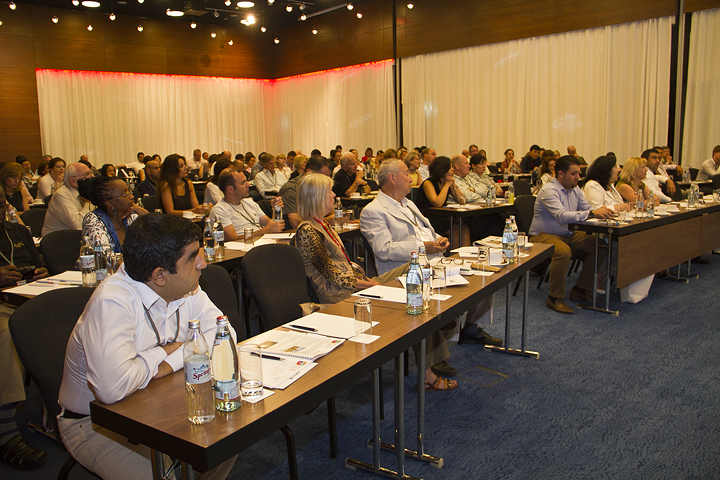 In August 4-7, 2014 Chairman of the Legal Analysis and Research Public Union Ramil Iskandarli took part at the Global Network Summit (GNS) in Tbilisi, Georgia. The Summit was organized by the Central Eurasian Leadership Alliance. The GNS attendees received a fascinating opportunity to listen to Mr. Michael Kouly (Director of the Cambridge Institute of Leadership, Past Chairman of the MELA Board) on the topic of “Understanding Systems” and Mr. Jim Crupi (President of the Strategic Leadership Solutions, Inc.; SIBF Founder and Member of the MELA Board) on “Power Structures”.

One of the highlights of the program was a presentation by Mr. David Usupashvili (Chairman of the Parliament of Georgia) as part of the Geopolitical Panel. Mr. Usupashvili was joined by Mr. Alex Petriashvili (State Minister of Georgia on European and Euro-Atlantic Integration). Both speakers provided insiders’ view of the current political scene and climate and shared insights into the world of politics and gave their perspectives on political undercurrents that are likely to impact Georgia’s future path. With an emphasis on the economics perspective of Georgia, the Business Panel brought together Mr. Alexi Aleksihsvili (Chairman of the Policy and Management Consulting Group (PMCG); Former Minister of Finance (2005-2007) and Mr. Giorgi Pertaia (Director of the Georgian National Investment Agency).

The Central Eurasia Leadership Alliance (CELA), founded in 2002, is a long-term program of education, mentoring and networking activities for a new generation of exceptional young leaders from and residing in the nine countries stretching from the Black Sea to western China.