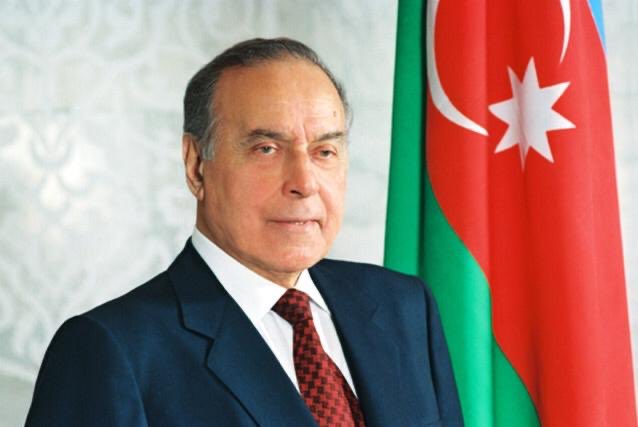 Was born in 1923, National Leader Heydar Aliyev, was one of most successful Azerbaijani in the world. After he headed a department at the Peoples’ Commissariat in USSR he used to work for State Security Service in a different positions and the head of the service in 1967. In 1969 he became a head of the Azerbaijan Soviet Socialist Republic and ruled Azerbaijan till 1982. From 1982 he moves to Moscow, and held very high position within the Soviet hierarchy, such member of highest collective body – Political Bureau and First Deputy Prime-Minister of USSR.
He was one of the famous Soviet leaders which very impressively was fighting against corruption at his time. In 1987 he was resigned from his posts at the USSR central leadership positions and returns to Azerbaijan in July 1990.
On October 3, 1993, as a result of the nationwide vote, Heydar Aliyev was elected president of the Republic of Azerbaijan and then reelected in 1998.
On December 12, 2003, national leader of the Azerbaijani people, President Heydar Aliyev passed away in the Cleveland hospital in the US, where he had been undergoing medical treatment, and on December 15, was buried at the Alley of Honor in Baku. People of Azerbaijan are very proud that they had a phenomenal personality, great politician and statesman of the 20th century – Heydar Aliyev in the history of Azerbaijan.
Ramil Iskandarli
Chairman of Legal Analysis and Research NGO