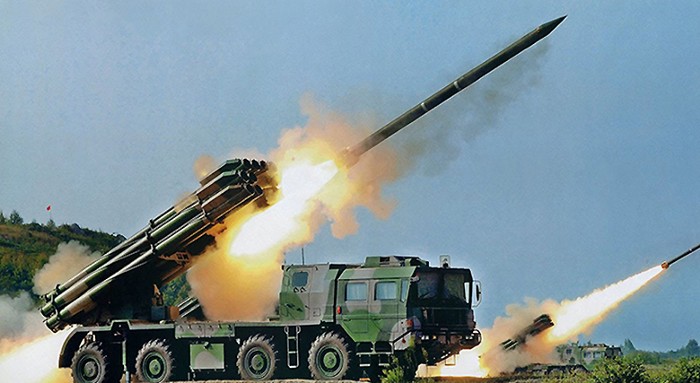 A version of this article was originally published in Spanish by Los Angeles Times Español: https://www.latimes.com/espanol/opinion/articulo/2020-07-13/opinion-en-medio-de-la-crisis-del-coronavirus-armenia-lanza-ataque-militar-contra-azerbaiyan

Starting on July 12, the Armenian army attacked, with heavy artillery, the positions of Azerbaijan’s armed forces along the Armenia-Azerbaijan border, killing four Azerbaijani soldiers. It has become clear that the objective behind this new military operation, which is the most violent breach of the ceasefire regime in years, has been to seize strategic positions in Azerbaijan. As of this writing, the clashes along the border are continuing with Armenian army shelling both the military and civilian structures, and the situation is at risk of further escalation.

In a statement, Armenia’s Minister of Defense Davit Tonoyan threatened Azerbaijan with the invasion of “new advantageous positions.” This follows on the heels of Tonoyan’s other statement a year earlier in which he announced that Armenia would invade ”new territories in the event of a new war” with Azerbaijan.
Armenia’s government under Prime Minister Nikol Pashinyan has been struggling with a plethora of domestic problems that have vastly damaged the government’s reputation. The problems include the poor handling of COVID-19 (with over 32,000 confirmed cases and 573 deaths, Armenia has the highest number of COVID-19 infections and death toll in the South Caucasus), severe economic crisis, and attempts to sideline political opponents like the arrest and persecution of the country’s two former presidents, and bring about constitutional amendments that would remove the independence of the judiciary, which received much international criticism. Therefore this military operation could also serve the Armenian government’s agenda to distract attention from difficult internal issues.
The Armenia-Azerbaijan conflict remains the most dangerous conflict in the former Soviet Union, and continues to enormously threaten peace and security in the South Caucasus region, strategically located between Russia and Iran, at the nexus of globally important energy and transportation corridors. These latest clashes show once again the vulnerability of the current status quo and the need for the conflict’s soonest resolution.
The facts of the conflict are crystal clear: In the early 1990s, Armenia invaded around 20 percent of Azerbaijan’s sovereign territory, expelling over 800,000 Azerbaijani civilians from their ancestral lands in the Nagorno-Karabakh region and seven surrounding districts. Coupled with 250,000 Azerbaijanis expelled from Armenia, Azerbaijan has over 1 million refugees and internally displaced persons (IDPs), which makes Azerbaijan a country with one of the largest populations of forcibly displaced people in the world.
For the sake of comparison, the entire territory of Azerbaijan’s invaded lands is almost 13 times the area of the City of Los Angeles or larger than the U.S. State of Connecticut.

The illegal military occupation continues to this day despite fierce condemnation by multiple United Nations Security Council (UNSC) resolutions, demanding Armenian troops to withdraw from Azerbaijan’s occupied regions.
In addition to UNSC, UN General Assembly, Council of Europe, European Parliament, NATO, OIC, NAM and many other international organizations have all condemned the occupation and expressed support for Azerbaijan’s territorial integrity. Even the European Court of Human Rights in its ruling from 2015 confirmed the facts of occupation and ethnic cleansing of Azerbaijan’s territory.
Yet the occupation continues, undisturbed by denunciation. The reason? Lack of international pressure on Armenia to force its compliance with the international law. The current international legal system was established following World War II to ensure peace and security in the world by banning use or threat of force for territorial acquisitions and making it impermissible to continue with medieval-style land grabs. The principles of territorial integrity and inviolability of state borders are therefore the most important bedrocks of this legal system. What we have been observing however for the last few decades is a dangerous trend to upend these principles and erode the international law, in favor of illegal territorial expansions and invasions, which are inevitably accompanied with ethnic cleansings and tremendous human sufferings.
It is the responsibility of not only international organizations, but more importantly of major global powers to ensure compliance with the international law and to stop this devastating erosion of the international legal system they themselves helped to establish 75 years ago.
For the past almost 30 years, the Minsk Group of the Organization for Security and Cooperation in Europe (OSCE) has been tasked with finding a peaceful solution to the Armenia-Azerbaijan conflict, albeit without any tangible results. The Minsk Group is co-chaired by the United States, Russia and France.

The Minsk Group must make it abundantly clear to Armenia’s leadership that peace is not just important — it is vital for addressing the serious economic, social and political challenges Armenia is facing.
In addition to recent challenges, Armenia has also been experiencing a grave demographic decline. Tens of thousands of young people, lacking opportunities at home, are emigrating from the country in search of a better life.
Around 1.5 million Armenians — almost half of the country’s population — have permanently left Armenia since 1991.
According to the United Nations, Armenia could lose another million people by 2050. Having the highest poverty rate in the South Caucasus, the country’s social infrastructure is gradually eroding. The economy relies heavily on foreign assistance and remittances.
In contrast, Azerbaijan has become the largest economy in the region, building strong partnerships around the world, implementing multi-billion dollar energy and transportation projects connecting continents, and contributing to global energy security.
As a reliable strategic partner of the United States in a critically important region, Azerbaijan has strongly supported US efforts to fight international terrorism and diversify energy supplies. Most importantly, Azerbaijan is a place where Muslims, Christians and Jews continue to live together in peace, harmony and mutual respect, breaking stereotypes every day.
Therefore, peace with Azerbaijan would tremendously benefit Armenia by bringing open borders, security and stability, stimulating investments, and integrating Armenia into the region’s vast energy and transportation network.
It is time for Yerevan to put aside belligerence, stop military provocations, and engage constructively in negotiations to resolve the conflict.
Considering that California has a large concentration of Armenians, I hope that those who wish a prosperous and peaceful future for their homeland can dedicate more efforts to encouraging Armenia to restore long-overdue peace with its neighbors.

Nasimi Aghayev
Following
Nasimi Aghayev has been Consul General of Azerbaijan to the Western US since 2012. His letters & articles were published by NYTimes, WSJ, Wash.Times, The Hill