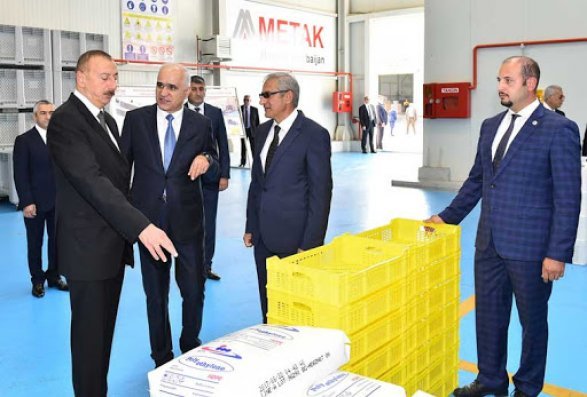 On Friday, 7 August, President of Azerbaijan Ilham Aliyev signed a decree on the creation of a public legal entity ‘Azerbaijani Investment Holding’ (AIH) with a charter capital of 10 million manats (5.88 million US dollars). The goal is to increase economic transparency and efficiency of state-owned companies and enterprises with state participation in capital, increase their competitiveness, financial recovery and improve sustainability.

The message about this passed somehow imperceptibly, although after reading the dry protocol text of the decree, one can guess the scale and significance of the new bureaucratic giant. Commenting on the presidential decree, Azeri Daily emphasised a subtle nuance: all companies will be gathered into one holding.

All the companies of the country that were sharply criticised by the president the day before, of course, cannot be combined into one holding overnight. But the head of state gave the Cabinet of Ministers a clear order: within two months to prepare a list of state-owned enterprises that will become subordinate to the holding, as well as develop a mechanism for the formation of contributions from state-owned companies. Why is a new bureaucratic structure needed in the face of the economic downturn?

Yes, there was no such structure in the country yet. Some non-systemic experts even began to draw unfortunate analogies with the subsequently abolished Chamber of Financial Supervision. However, according to the charter of the holding, the new state structure will manage state-owned companies and enterprises on the basis of general principles, improving their activities, as well as increasing the efficiency and transparency of their investment programs. In this one sentence, perhaps, it is worth looking for the answer to the question posed. Especially when you consider the harsh criticism the head of state subjected the country’s leading monopoly state-owned companies to. The president smashed to smithereens the ‘untouchable departments,’ which anyone could rarely and slightly scold on the pages of the media, accusing them of ineffective work, ineffective waste of public funds. Ilham Aliyev clearly noted that this cannot continue. And a day later, the decree appeared.

Before our eyes, the big policy of the head of state is unfolding. And in big politics there are no accidents. Having made a statement to the public of the country, he immediately showed by concrete actions that he did not intend to retreat from his public statements. And the words deserved special attention. Having stated that economic development must be ensured in any case, President Aliyev also indicated the ways of solving this important task.

Thus, the head of state expressed the opinion that the work to be done by the end of the year, in particular, related to entrepreneurship, as well as the upcoming steps in the management of state-owned companies, should ensure economic recovery and reduce losses. And the losses in state-owned companies are quite large: gas and water leaks… and the loss of electricity reaches 50%. But lately enormous funds have been invested in these areas and a modern infrastructure has been created. On the other hand, it is not surprising if there are losses in the private sector, no one comes to the rescue. And state-owned companies are accustomed to the fact that all their miscalculations, all losses will be covered by the state regulator. And the examples are shocking. In the country, even gasification is carried out at the expense of the budget, although this is the direct responsibility of the state company. This year alone, the budget for gasification of villages provided 100 million manats. And the president’s natural question ‘if the state is doing this, then what is the state department doing’ remained unanswered. An identical reproach can be addressed to the departments for land reclamation, water supply, aircraft purchases and airport construction… In fact, it turns out that the state invests billions in these areas of the economy, and any investment, as you know, requires a return in the form of income. But this is the main problem: state-owned companies do not justify the plans of the government and the hopes of the head of state. They, like bottomless barrels, annually absorb billions of state manats for the implementation of various projects, but they return little in the form of profit to the budget. Although the government may not rely on revenues only in the implementation of infrastructure projects, for example, in the construction of roads and other communications. But the president’s reproach is related to the lack of return on the implementation of commercial projects.
Either state-owned companies have forgotten how to work, or… one doesn’t want to think about the bad. The parallels with Gorbachev’s perestroika are fresh in memory: the most profitable plots at a huge plant were formalised in the format of small enterprises, where the lion’s share of plant-wide revenues flowed away. The site flourished, and the plant did not pay wages…

So the head of state decided to transfer all unprofitable and bloated companies to a kind of management of a new holding. Yes, the state is forced to take its own production facilities under its direct control. But in a different, more perfect form. And having achieved an improvement in the situation, these enterprises can subsequently be put up for privatisation, and on terms favourable to the government. Something similar happened with the long-suffering International Bank of Azerbaijan, whose billions of dollars were squandered by the former head of the bank, Jahangir Hajiyev. Thanks to the measures taken by the head of state, the bank was cleared of viral assets in a short time and again took a leading position in the country. True, then it was only about one bank, although a backbone one. Today we are talking about many state-owned companies that form the basis of the entire economy. But Ilham Aliyev is a determined and strong-willed politician. If the head of state managed to raise the system-forming bank from the ruins of the financial system in the shortest possible time at the culmination of the global economic stagnation, then the president will achieve the solution of this extremely difficult task too. And the heads of state-owned companies have only themselves to blame…
Source: http://azeridaily.com/analytics/57740