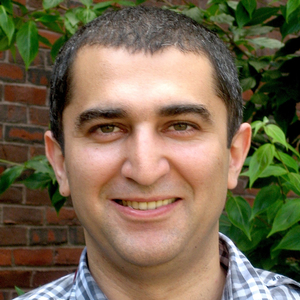 Policy Options: Asking Canada to interfere in the crisis of Armenia’s own making has nothing to do with Responsibility to Protect.

Until Sept. 27, 2020, most Canadians had probably never heard of the Nagorno-Karabakh conflict. That was the day when the Azerbaijani army advanced into the vast territory recognized by the international community as Azerbaijan, responding to attacks by Armenia. For almost three decades, Armenia has kept almost one-fifth of Azerbaijan’s territories (including former Nagorno-Karabakh Autonomous Region and seven adjacent districts) under occupation as a result of the war in 1991-94. During Armenia’s ethnic cleansing of the area in the 1990s, almost 700,000 Indigenous Azerbaijani of Karabakh were forcibly removed from their homes, according to the Internal Displacement Monitoring Centre (page 8 here). Neither the Azerbaijani people nor the world accepted that occupation as legal.

The recent Policy Options article “Canada’s Responsibility in the Nagorno-Karabakh Crisis” calls these occupied territories the Republic of Nagorno Karabakh (or Artsakh) and describes the latest war as resulting from the “aggression of Azerbaijan and Turkey.” The authors allude extensively to the Responsibility to Protect principle  and accuse Canadian politicians and the government of failing to recognize the so-called “Nagorno-Karabakh Republic” in the face of “atrocities.”

The article is misleading for several reasons.

What is the context?

The latest war, unfortunate and dreadful as it was, did not come at Azerbaijan’s behest. For 26 years since the cease-fire agreement in 1994, Azerbaijan has engaged in peace talks in earnest to achieve the withdrawal of Armenian armed forces from the occupied territories. On the other hand, Armenia seemed to be lengthening these talks to buy time to implement its true intention: to annex Azerbaijan’s sovereign territories (Nagorno-Karabakh and seven districts). To mask that intention, Armenia formed an illegal entity in the occupied territories and kept presenting the issue to the world as a struggle for self-determination of more than 100,000 Armenians of Nagorno-Karabakh.

The authors call Azerbaijan’s counter-offensive to liberate its own territories under Armenia’s occupation “an aggression.” But international legal norms as defined in the UN Charter and the UN Security Council resolutions from 1993 (822, 853, 874, 884) reaffirm Azerbaijan’s territorial integrity, explicitly referring to the “Nagorny-Karabakh region of the Azerbaijan Republic.” The latest war and all military operations were conducted strictly within the internationally recognized territories of Azerbaijan.

The authors allege that Turkey directly participated in the war. But no Turkish military personnel took part in military operations; Turkey offered only political and moral support to Azerbaijan. Just as Canada is a member of NATO, Azerbaijan, as an independent country, is free to choose its allies and buy weapons from any country, including Turkey, to defend itself.

The authors also falsely claim that the agreement on Nov. 9, 2020, to stop the war was signed by Armenia on behalf of “Artsakh.” The first clause of the agreement is very clear on who is signing the document: “The Republic of Azerbaijan and the Republic of Armenia, hereinafter referred to as the “Parties,” and there is no reference to the term “Artsakh” anywhere in that document.

What triggered the latest turn of events?

A) The statement of Armenia’s defence minister in March 2019 that Armenia will prepare to pursue a “new war for new territories” is one of the primary triggers for the turn of events. The skirmishes that broke out on the border between Azerbaijan and Armenia in July 2020 were a harbinger for Azerbaijan of what could come later.

B) The statement of Armenian Prime Minister Nikol Pashinyan in August 2019, that “Artsakh (the Armenian word for Karabakh) is Armenia, and that’s it,” indicated to Azerbaijan that Armenia would never accept returning the seven adjacent districts around the Nagorno-Karabakh Autonomous Region of Azerbaijan.

As a result, Azerbaijan’s perception of a potential threat was immensely affected by prominent leaders’ statements. The counterattack to overtake the occupied territories in September 2020 was nothing more than a logical corollary of Armenia’s actions.

Was it possible to avoid the war?

Indeed, it was. “We could have avoided the war if we agreed to concede the seven districts, including Shusha, to Azerbaijan,” Pashinyan said on Nov. 16, 2020. To be clear, returning seven districts was something the entire international community and the mediators in the peace talks have been working to convince Armenia to do all these years. Therefore, responsibility for the latest war lies fully with Armenia.

Is the Responsibility to Protect (R2P) principle relevant in this case?

R2P is a political commitment by the international community, including Canada, to prevent crimes such as genocide, war crimes, ethnic cleansing and crimes against humanity. Paragraph 139 of the outcome document of the UN World Summit in 2005 is very clear on the responsibility of the individual states and the international community, which can act only through the Security Council, as per the UN Charter, including under Chapter VII.

A country like Canada acting unilaterally to recognize an entity formed illegally in another sovereign nation’s occupied territories has nothing to do with R2P. Even in the most extreme scenarios of the horrendous crimes that the R2P aspires to prevent, countries do not act alone. According to the latest reports, 100 Azerbaijani and 60 Armenian civilians were killed in the hostilities. It is worth noting that all 100 Azerbaijani civilians were killed outside the conflict zone and all 60 Armenian civilians within it. The authors argued that the Armenian civilian loss of life is to be counted as a “mass atrocity” and that “the international community must act swiftly to fill the protection void.” What about the Azerbaijani civilians killed 40-60 kilometres outside the conflict zone while sleeping in their beds?

If ever there were a horrendous crime committed in the war between Azerbaijan and Armenia that would warrant triggering the R2P, it would be the massacre of 613 Azerbaijani civilians by Armenian armed forces on Feb. 26, 1992, in the town of Khojaly, Karabakh. The list of those killed includes children, women, and seniors.

Now that the war is over, I can understand the frustration of Armenians living in Canada and around the world. What they thought belonged to them is lost, and that hurts. But no country in the world shared the view that Nagorno-Karabakh and the surrounding seven regions were Armenia’s to lose. All these years, instead of preparing its population for peace and compromise, Armenian leaders instilled in them an unrealistic dream. The former advisor to Armenia’s president, Jirair Libaridian, talked at length recently about this miscarriage of leadership.

In light of all this, it is unfathomable to accuse Canada of “failing Armenia” by not interfering in a conflict of Armenia’s making. Canada is not a global underwriter to absorb the risks of countries that fail to comply with international law’s norms and principles.

The cities, villages and neighbourhoods left behind by 700,000 displaced Indigenous Azerbaijani residents of Karabakh in the early 1990s are now piles of rocks, skeletons of infrastructure, desecrated religious sites and crumbling graves. Vast tracts of land laden with mines stand between them and their longing to return to the places of their ancestors. Azerbaijan is facing a huge task to clear that area of mines. That is where Canada can play a role.

Today, it is time to work together to bring prosperity to both Armenia and Azerbaijan by improving the economy, opening-up transportation links and trade, and promoting people-to-people contact. In Azerbaijan, as President Aliyev has declared many times, “Armenians of Karabakh will be embraced as equal citizens, just like any other citizen in the multi-ethnic country.” Working toward this goal is realistic and will ensure lasting peace between the two nations. Continuing to lobby world parliaments to embark upon an ill-considered path of “recognition of non-existent state entities” is doomed to failure.