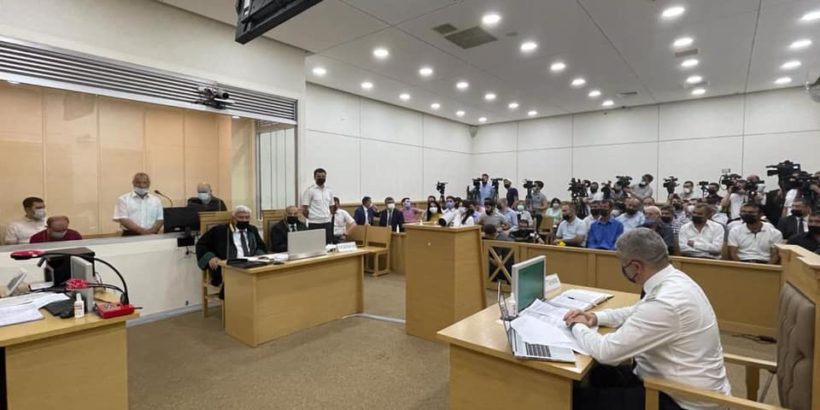 On June 2, 2021, at the Baku Military Court, chaired by Judge Elbay Allahverdiyev, a preliminary hearing on the charges of citizens of the Republic of Armenia – Mkrtichyan Ludwig Mkrtichovich and Khosrovyan Alyosha Aramaisovich under the relevant articles of the Criminal Code was held.

Ramil Iskandarli, chairman of the Legal Analysis and Research Public Union, attended the preliminary hearing as an independent observer at the Yasamal District Court.

Ludwig Mkrtichyan and Alyosha Khosrovyan are accused of committing crimes of the Articles 113 (torture), 115.2 (violation of war laws and customs), 279.1 (creation of armed formations or groups not provided by law), 318.2 (illegal crossing of the state border of the Republic of Azerbaijan) and other articles of the Criminal Code. Therefore, they were charged under these articles, and by court decisions arrest as a measure of restraint was chosen against them.

On May 20, 2021 the indictment on the criminal case was approved and sent to the Baku Military Court for consideration.

According to Ramil Iskandarli, “during the preliminary hearing, the judge fully explained the rights of the accused and the victims, their representatives, ensured the equality of the parties, and a lawyer and an interpreter were provided the state. Metal cages and handcuffs were not used against the accused during the trial. The process was attended by the Ombudsman, civil society representatives and the media.

“The preliminary hearing was held in accordance with the relevant standards of the right to a fair trial in line with the UN Covenant on Civil and Political Rights, the European Convention on Human Rights and other documents. In particular, I can note that the recommended fair trial standards and requirements set out in the International Commission of Jurists’ (ICJ) “Trial Observation Manual” for independent observers have been generally observed by the Court, “said Ramil Iskandarli.